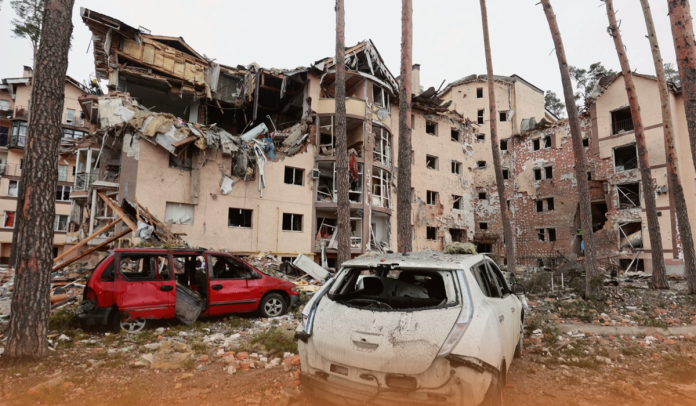 Russian military’s sustained shelling struck Mykolaiv, a port city near the Black Sea in Ukraine’s South, during the night, damaged a medical center, according to Oleksandr Senkevych, Mayor of Mykolaiv. The Ukrainian port city and its environs have been struck daily for weeks during the brutal Kyiv-Moscow conflict.

Five innocent civilians were wounded, and a child lost his life in missile strikes on Saturday, according to the Governor of Mykolaiv Raion, Vitaliy Oleksandrovych Kim. However, Senkevych didn’t detail whether there’re any injuries in the overnight strike, which he said also destroyed some residential buildings.

In addition, located on the Southern Bug River, Mykolaiv is one of the shipbuilding centers of the Black Sea. Governor of the eastern Donetsk Oblast, Pavlo Kyrylenko, four civilians lost their lives in Saturday strikes.

The Russian attacks damaged civilian infrastructure in the areas of Kharkiv, Mykolaiv, Voznesensk, Ochakiv, and Sukhy Stavok, the General Staff reported on Sept. 4.

According to Svenja Schulze, Germany’s Economic Cooperation and Development Minister, Germany will send an additional 199M dollars to Ukraine to fund assistance programs for those internally displaced due to Moscow’s large-scale incursion.

Furthermore, on Monday, the Prime Minister of Ukraine will make a trip to Berlin, the capital of Germany, where he’ll hold a meeting with Olaf Scholz, the Chancellor of Germany. Schulze added he’d talk to Denys Anatoliyovych Shmyha, Ukrainian PM, regarding how they could continue supporting and assisting the Kyiv administration in caring for the relocated population.

The data from the International Organization for Migration (IOM), a UN agency, displayed that around seven million people have been internally displaced people in a war-torn country since Moscow launched its full-scale invasion late in February. And according to the German Chancellor, the assistance is planned to help the fleeing people, who have left their residences and moved everywhere inside the country, to be able to offer the necessities.