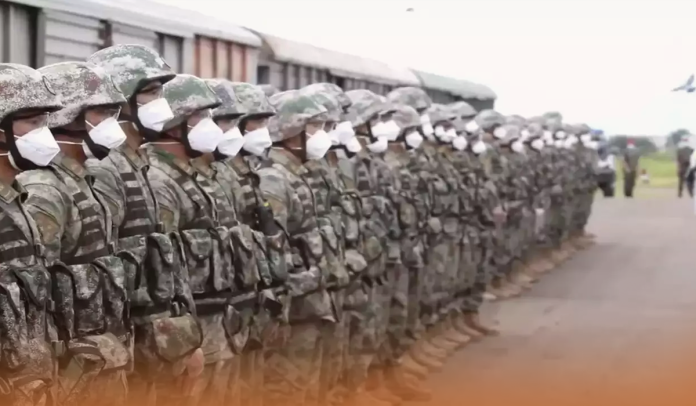 On Thursday, Moscow started strategic military exercises in the far Eastern region involving troops from China and several other countries. The drills will last until 7th September, displaying that Russia isn’t isolated in the world arena, in spite of the Western efforts, according to the Director of Studies at the Quincy Institute in D.C. In addition, Russia’s Vostok drills exhibit growing China-Russia defense cooperation and exchanges.

Director Sarang Shidore said that the last Vostok exercises, held from September 11-17 in 2018, throughout Far Eastern Russia and an extensive Siberia, were more massive than the current drills. However, the analyst said that the true mentionable thing of the 2022 Vostok (East) drills isn’t size but the countries participating in the large-scale exercises.

Vostok 2018 involved the military forces only from Russia, Mongolia, and China, but this year, apart from Mongolia and China, the list of states from outside the post-Soviet region joining Russia’s Vostok is much longer. Along with Russian troops, Vostok 2022 participants include India, Syria, Nicaragua, Algeria, Laos, and Mongolia. Moreover, Russian Gen. Valery Gerasimov will be overseeing the large-scale military exercises.

What is Involved in Vostok Drills?

According to the Russian Federation’s Ministry of Defense, the East 2022 maneuvers will be taking place at multiple sites across Russian Far East and the marginal East Sea. And according to the Chinese daily tabloid newspaper, The Global Times, along with twenty-one fighter planes, three combatant ships, and 300 military vehicles, China sent over two thousand personnel to participate in the exercises.

According to Russian Defense Ministry, East 2022 strategic drills include over 50K personnel from participating members and five thousand weapon units, including sixty combatant ships and one-hundred and forty fighter jets.

The officials in Beijing have rejected to criticize the movements of the Russian military, accusing Washington and OTAN – Western military Alliance – of instigating the Kremlin. Additionally, China accursed the harsh sanctions imposed on Russian people and businesses. Sequentially, Moscow has firmly supported Beijing amid tensions with D.C. that trailed Nancy Pelosi’s trip to Taiwan.