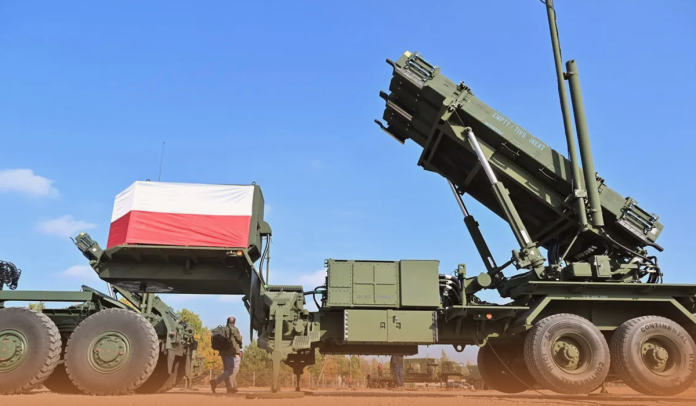 On Tuesday, senior Defense officials said that the United States Department is readying to send the more advanced MIM-104 Patriot, a surface-to-air missile system developed by Raytheon, to Zelenskyy forces following an urgent request from Ukraine, which desires more sophisticated ordnance to counter Russian UAVs and missiles that have destroyed the country’s vital infrastructure and forced millions of innocent residents into the dark and without the heating infrastructure in the severe cold weather.

#BREAKING US defense official confirms to VOA that the Pentagon is prepping to send a Patriot missile battery to #Ukraine to help protect the country from incoming #Russian missiles. An announcement could come as soon as this week, per the official

The United States will possibly announce the decision on the Patriot air defense system as early as December 15, according to media reports, citing American administration officials. Kyiv’s air defense weapons were tested again early on Wednesday morning, according to the Mayor of Kyiv, Vitali Volodymyrovych Klitschko, who was onetime a professional boxer.

After blasts were heard, Vitali Klitschko said emergency services had been forwarded to Kyiv municipality’s Shevchenkivskyi district. He said on his Telegram channel: details would be conveyed later. Furthermore, Volodymyr Zelenskyy, the President of Ukraine, pressed European leaders to urgently send additional weapons and military equipment to the Kyiv Armed Forces.

Sending Patriot Will Be Viewed As Escalation

It is reported that the Patriot missile defense systems would be the most sophisticated ground-to-air missile system the European supporters have to deliver. Therefore, receiving Patriot defense systems would be consequential for Ukraine, according to ex-Director for European Affairs for the US National Security Council, Lt. Col. (retired) Alexander Vindman. However, the U.S. Defense Department declined to provide remarks, and there was also no statement from Kyiv officials regarding the matter.

On the other hand, Dmitry Anatolyevich Medvedev (Russian President: 2008-2012), who is now serving as the deputy chairman of the Russian Security Council, has cautioned the Western military alliance against weaponizing the Ukrainian forces with MIM-104 Patriot systems and said it would be considered as an escalation.

Vladimir Putin ordered his Armed Forces to invade neighboring Ukraine on 24 February 2022 and is now entangled in a grinding war in the eastern Donbas area. In order to support the Ukrainian military in its defense against Russian aggression, Washington has sent around USD 19.3 bn in weapons and equipment since the unjustifiable incursion by Russian invaders started.