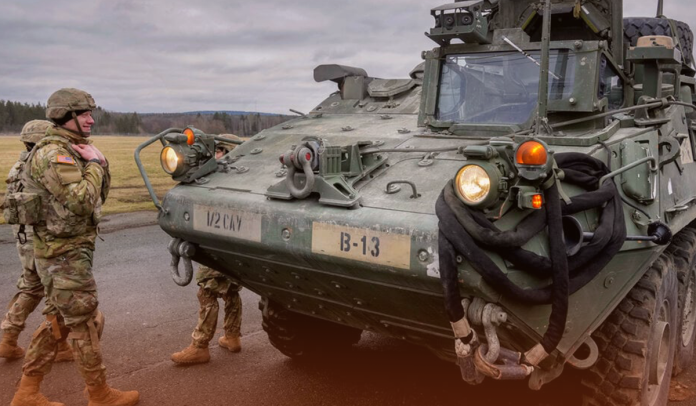 On Thursday, the leaders of Germany and the U.S. declared they’re delivering armored combat vehicles to the post-Soviet state of Ukraine, boosting their defense support for the Zelenskyy forces to effectively resist Putin troops after a similar action by Paris earlier in the week. Recently on 4th January, France confirmed it would send light AMX-10 RC armored battle vehicles to the Kyiv military.

On Friday, Joe Biden, the United States President, is likely to announce another security package for Ukrainian forces that would contain military equipment America hasn’t previously sent, according to American defense officials. On Jan. 5, the U.S. leader said that FMC Corporation-developed Bradley Fighting Vehicle (BFV) would be included in the latest round of Ukrainian assistance.

The U.S. made the announcement in combination with Berlin, which intends to provide German Marder infantry fighting vehicles to Ukraine. According to two American officials, the total price tag of the newest US military package for Kyiv would be approximately three billion dollars.

The White House said in a declaration that Mr. Biden and German Chancellor held a phone call on Thursday afternoon. According to the statement, the two leaders reaffirmed their support for Ukrainians’ freedom and territorial integrity. They reiterated their unwavering solidarity with the Ukrainian citizens in the face of Moscow’s unprovoked belligerence.

Furthermore, according to media reports, the latest assistance package would be the first from the roughly USD 45 bn in emergency assistance approved for Ukraine – part of the USD 1.7 tn federal spending which President Biden signed on Dec. 29, 2022.

The American President said at the time that he signed the bipartisan omnibus spending into law, ending a year of historic development. He added that the package would invest in medical research, veteran health care, safety, and disaster recovery and gets vital support to the government in Kyiv. But on Wednesday, Mr. Joseph R. Biden said that the U.S. was contemplating sending the tracked Bradley armored combat vehicles to Kyiv, which the war-torn state has been requesting America to provide.

Additionally, the head of state and the government of the USA told the media correspondents that right now the Russo-Ukrainian war is at a critical stage. They’ve to do everything they can to assist the people & forces of Ukraine to resist Kremlin’s violence. Olaf Scholz and Joe Biden expressed their common determination to keep on sending the required economic, humanitarian, security, and diplomatic assistance to Kyiv for as long as it takes.