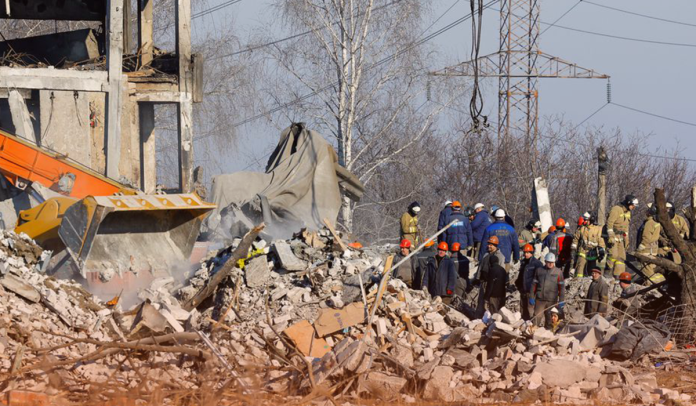 The Russian Ministry of Defense said that Moscow’s military has lost at least eighty-nine soldiers in a recent Ukrainian air assault against a vocational school housing Putin force in Makiivka in eastern Donetsk province. Kyiv’s recent rocket strike has become one of the bloodiest incidents of Moscow’s more than 10-month-long war in the post-Soviet state.

According to media reports, while Kyiv has asserted that about four hundred personnel lost their lives in the air raid early on 1st January 2023, Russia had until 4th January maintained that sixty-three Kremlin troops were killed. One of the Russian military officials said that the death toll increased after more bodies were found under debris in the eastern city of Makiivka.

#Russia‘s defense ministry said on Wednesday that 89 servicemen were killed in the Ukrainian attack on Makiivka over the weekend, adding the main reason for the attack was unauthorized use of mobile phones by the troops. #Ukraine pic.twitter.com/8GrRSoIzWv

Furthermore, Moscow’s preliminary acceptance of 63 deaths was already noticeably high as it marked the considerable loss of life from a single Russian attack since the beginning of its Ukrainian incursion late in February last year. On Wednesday, the Russian military’s First Deputy Head of the Main Military-Political Department, Lt. Gen. Sergey Sevryukov told the media that the number of their dead fellow soldiers rose to eighty-nine.

The Ukrainian Air Defense shot down all eighty-four unmanned aerial vehicles fired by the Putin-led military in the last massive strike during the New Year vacation. Overall, the Ukrainian military has destroyed nearly five hundred UAVs since early September. The spokesman for Ukraine’s Air Force Command said they’ll prepare; they’ll destroy UAVs. Eighty-four were destroyed on the 1st and 2nd of January 2023. Around five hundred drones are already shot down since 11th September.