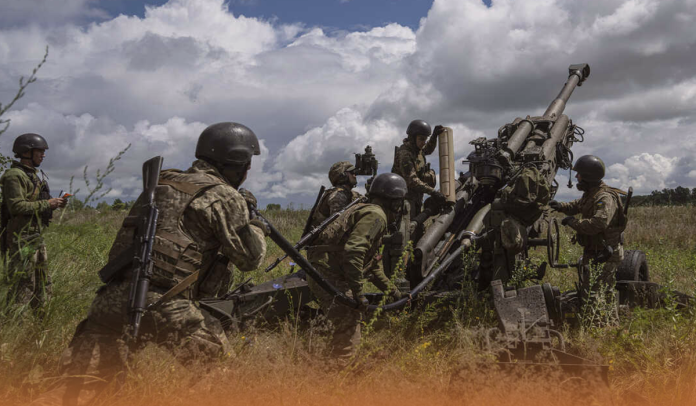 According to American officials, the White House is contemplating a dramatic growth in providing training to the Ukrainian personnel, including nearly twenty-five hundred Ukrainian service members, at least a month at a US Army base in Grafenwoehr, Germany. One of the officials said that adopting this particular decision would mark a considerable increase not only in the number of Zelenskyy personnel the American military provides training but also in the kind of training they get.

Since the beginning of the Moscow-Kyiv war on Feb. 24, the U.S. military has provided training to only a few thousand Ukrainian soldiers, chiefly in small groups and on specific weaponry. However, under the latest training program, the United States would start providing training to as much larger groups of Kyiv troops personnel in more advanced military tactics, including coordinating infantry strategy and movement with artillery assistance.

Furthermore, according to a person briefing on the training proposal, the new training program by the US military for Ukrainian forces would be much more extraordinary and extensive training than Kyiv troops getting in the United Kingdom and Poland.

It is also reported that the proposal was made at Ukraine’s behest and is still under interdepartmental assessment by the US administration. According to reliable sources, the update of its existence comes after forty weeks into the brutal Russian incursion of its neighboring state, and the start of the winter season is anticipated to slow military actions. However, the US official refused to provide any statement on the planning details and told CNN that America wouldn’t get ahead of decisions that have not been made.

Volodymyr Zelenskyy, the Ukrainian President, said the Armed Forces of Ukraine are experiencing a challenging condition as they defend against attempted Moscow advances in multiple areas, while the 30-member Western military alliance pledged more security support to the war-ravaged state and aid to assist the Ukrainian government in rebuilding energy facilities damaged by Moscow shelling.

According to military staff of Ukrainian Armed Forces, the Ukrainian defenders successfully repelled six Moscow strikes in the last day in the eastern Donbass, while Moscow troops had persistently bombarded the Dnipro River’s right side and port city of Kherson further South region.