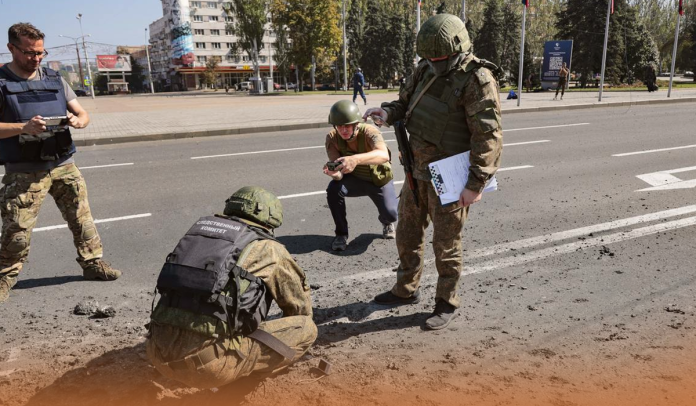 Volodymyr Zelenskyy, the President of Ukraine, pledged there’d be no lull in Kyiv’s operation to recapture its land lost to Moscow troops, as Ukraine’s stunning counter-attack has reclaimed broad swathes of territory from Putin forces.

Zelenskyy’s vow came on Sept. 18 as Britain said that Moscow troops intensified attacks on public infrastructure and a top U.S. general cautioned it was uncertain how Russians would respond to its losses on the battlefield in the East European country. Additionally, the President of Ukraine said that his Armed Forces would continue the pressure on Moscow.

The Ukrainian Armed Forces said it had repelled Russian strikes in the northeastern Kharkiv and southern Kherson regions where Kyiv launched its successful counter-attack in September. The Zelenskyy’s military said they’ve taken back the control of a south-flowing Oskil River’s Eastern Bank. The Ukrainian army has almost entirely pushed out Moscow forces from the Kharkiv area. And according to a regional official, Kyiv’s next goal would be Luhansk.

Energoatom said in the statement that the blast amid a missile hit affected power station buildings after midnight. Moreover, the strike has damaged the nearby Oleksandrivska hydroelectric power station and power transmission lines. And also, there were no casualties reported among the operating staff. However, the rocket attack wasn’t independently verified, although Energoatom published two photographs showing the crater.

The Zaporizhzhia Nuclear Power Station in southeastern Ukraine, Europe’s biggest, has come repeatedly come under attacks since it was seized soon after the Armed Forces of Russia launched its full-scale incursion. And in order to avoid any potential Chernobyl-type disaster, the United Nations called for the creation of a safety & security protection zone around ZNPP.