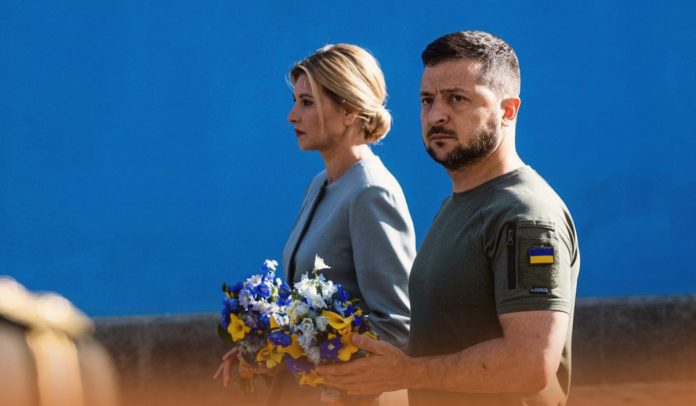 Volodymyr Zelenskyy, the President of Ukraine, committed in his address on Ukraine’s 31 years of Independence from Soviet rule that his brave military forces would vigorously fight off Moscow’s barbarity and defend their land ‘until the end’ with no concession or compromise. In an emotional Independence Day address, Zelenskyy told his people that Ukraine had been reborn when Moscow brutally invaded its neighbor, adding that it would never abandon its fight for their freedom and sovereignty.

On Wednesday, the President of Ukraine said in a video address that they do not care what armed forces Russia have; they only care about their homeland. He added Ukraine will fight for people and land until the peaceful end of the war.

Defense Minister Oleksiy Reznikov said he couldn’t predict when the war would end, but added that “Today, we have a chance to win sooner and cheaper in terms of Ukrainian losses, thanks to our partners.”

Moscow launched its full-scale incursion late in February, and the Ukrainian military has been standing strong for over half a year. Zelenskyy also said that it’s challenging, but his brave people and forces are strongly resisting Russian violence and are fighting for their freedom. Referring to Russia, the President said they wouldn’t go to consider understanding with invaders.

Antonio Guterres, Secretary-General of the U.N., has demanded an ‘end to the brutal war’ in the post-Soviet country as Ukraine marks its 31st Independence from the Soviet Union. On Wednesday, he told the UNSC – one of the principal U.N. organs – that the nations far beyond Ukraine feel the outcomes of this ‘senseless war,’ e.g., hindered or slow delivery of Ukrainian grain. Guterres said he wishes to congratulate the people of Ukraine on the country’s 31st Independence Day, adding Ukrainians need peace and security now.

Furthermore, according to Ukrainian officials, a rocket attack by the Russian Armed Forces in Chaplyne, an urban settlement in southeastern-central Dnipropetrovsk Oblast with a population of around 3,655 (2021 est.), set a passenger train to fire and took the lives of at least twenty-two innocent civilians. Two of the killed were children.

After cautioning for days that Russia might try to do something brutal in the lead-up to Independence Day, Zelenskyy said in his nightly virtual speech to his people that Chaplyne is their pain on the Day. The Ukrainian President said that at the point that about fifty people were injured in the brutal attack, which struck five train carriages.

Secretary-General of the U.N. took the floor before the UNSC meeting and informed the council about his mission to the Black Sea port of Odessa and Ankara earlier in August. During that visit, Zelenskyy witnessed the development of the grain exports agreement between Russia and Ukraine.