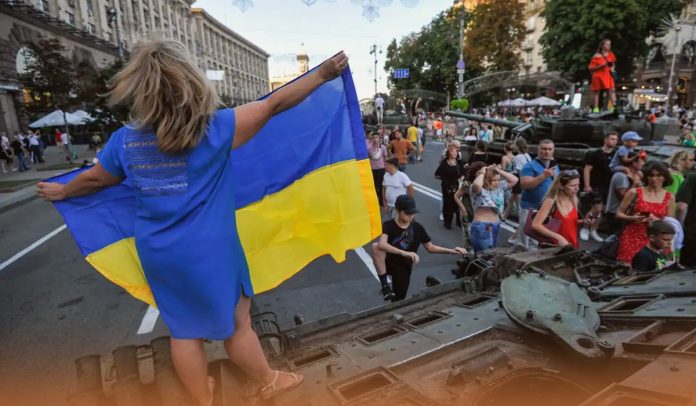 According to Ukraine’s General Staff, Moscow troops launched Tuesday air attacks in the Zaporizhzhia region, a city on the Dnipro River in southeastern Ukraine, where battle close to the major nuclear power station has raised concerns of a potential nuclear disaster. The strikes come before the Independence Day of Ukraine on Wednesday, August 24, celebrating freedom from the Soviet Union, with Ukrainian authorities prohibiting public events mentioning a threat of more strikes from Russian forces.

In addition, the Embassy of the U.S. in Kyiv sounded an alarm that Moscow intends to launch attacks on the government and civilian infrastructure in the coming days. And close to the front lines in Ukraine’s Southern region, Kyiv said that the Russian Armed Forces carried out artillery and air attacks across Zaporizhzhia city, where invaders seized control of the atomic power plant soon after they invaded late in February.

Artillery shelling and rocket firing close to Europe’s largest nuclear station near the city of Enerhodar, on the Dnieper River’s southern bank, has led to appeals to demilitarize the Zaporizhzhia area.

Furthermore, the residents of the area expressed fears shells could strike one of the six nuclear reactors, with catastrophic outcomes. One of the Zaporizhzhia residents living nearby Enerhodar said yesterday that the people are worried and in imminent danger.

Volodymyr Zelenskyy, the President of Ukraine, has sounded an alarm that Russian forces could attempt to do something brutal in the days leading up to Ukraine’s 31st Independence Day on August 24.

Moreover, the Office of the UN High Commissioner for Human Rights (OHCHR) said Monday that nearly 5587 Ukrainian civilians had lost their lives and around 7900 injured during these 6-months of Russian barbarity. And UNICEF noted that, unfortunately, almost nine hundred and seventy-two children have been killed or wounded between February 24 and August 21.

On the other hand, Moscow had told nothing about how many of its personnel had lost their lives. However, Ukrainian General Valeriy Zaluzhnyi said that approximately 45,400 Russian soldiers had been killed. But the media outlets haven’t been able to verify these numbers.