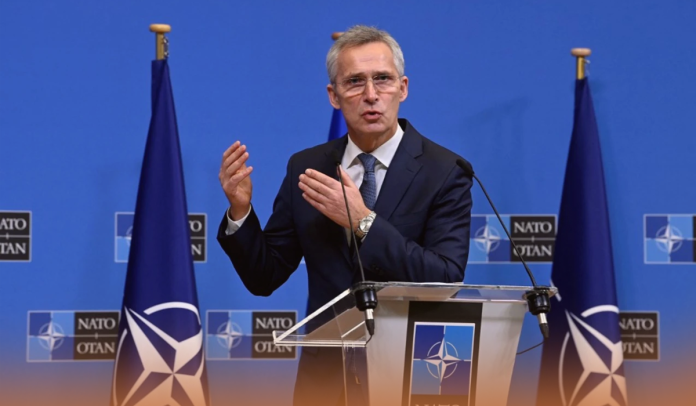 Jens Stoltenberg, NATO’s top international civil servant, has hailed recent vows of heavy warfare equipment transfers from European partners to the post-Soviet state of Ukraine, saying he anticipated more deliveries quite soon. Only the U. S. military support to Ukraine through December 2022 totals USD 68 bn since the beginning of the Russo-Ukrainian war on 24 February last year.

Stoltenberg made the announcement on Sunday, just a day after a major Russian missile attack across the war-ravaged country targeted vital infrastructure, which took the lives of at least thirty innocent residents after the residential structure was struck in the central Ukrainian city of Dnipro on the Dnieper River.

Furthermore, in the last ten months since Kremlin’s brutal attack on its neighboring country, military analyst and journalists have consistently shown deep concerns regarding the seemingly never-ending US military backing to Ukrainian defenders. The cruel war and costly involvement signify to be a significant matter in U.S. politics in the next year if this battle continues and we continue to fight this unjustifiable, unprovoked war with Moscow, according to media reports.

Moscow’s Barbarity Could Be Halted Only in the Battlefield

Before the meeting of bloc’s defense officials on Jan. 20 at the American Ramstein AB in Germany to harmonize the weapons deliveries to Zelenskyy forces, the Secretary-General of NATO told Handelsblatt, a German-language business newspaper, that the recent vows for heavy ordnance are crucial – and he hopes more transfers very soon.

And when questioned, Berlin must also move to send heavier arms and military equipment to the government in Kyiv; the NATO Chief said they’re at a decisive point of the brutal war. They’re facing an intense battle. So, it’s very crucial that they send Ukraine the military support it urgently requires to win; and hence to continue as a sovereign state.

Moreover, in his daily video address on Jan. 14, the President of war-torn Ukraine requested more heavy equipment from the European region, saying that Moscow’s barbarity could be halted only in the combat zone. And what is required for this? he added the military equipment and arms that are in the warehouses of Ukraine’s allies and partners.

Read Also: Ukrainian Forces to Get Training on Patriot Defense System in the US