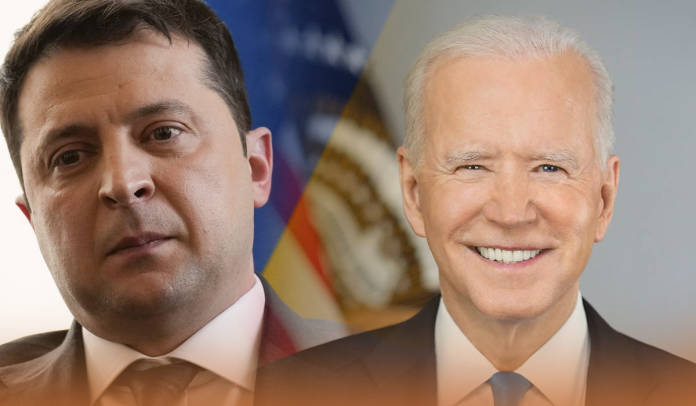 Joe Biden, the President of America, lost his temper with the Ukrainian leader during a phone-call in July when he requested for additional defense support, according to sources familiar with the conversation. The United States President normally hold a phone-call when Washington announces new military aid for the Armed Forces of Ukraine. But the call in June was different from the prior ones.

According to media reports, it has become common since Moscow launched its brutal invasion in Ukraine that the Ukrainian and American President speak by phone whenever America announces security assistance for Ukrainian forces.

Moreover, in June’s telephonic call, the US leader has just ended telling the Ukrainian President he’d just given OK to additional one billion dollars in American defense support for Kyiv when Mr. Zelenskyy begun listing all the supplementary weapons and equipment Kyiv needed and was not receiving.

The US President lost his control during the phone-call in June and raising his voice, said the Americans were being extremely generous, and his government and the US Armed Forces were conscientious to support Kyiv, and Volodymyr Zelenskyy could be a little more grateful. The Congressional Research Service (CRS) states that this year, America delivered more sophisticated weapons and military equipment to Kyiv, and also larger amounts of already sent equipment.

The Russian military is recruiting Afghan special forces personnel who fought alongside US forces and then moved to Iran after the chaotic pullout in 2021 to fight in Ukraine, according to media briefing by three former Afghan generals.

According to Afghan generals, Moscow wants to recruit the elite Afghan soldiers, and is offering steady lucrative salaries of 1500 dollars a month and vowing a ‘safe haven’ for the former personnel and their families.