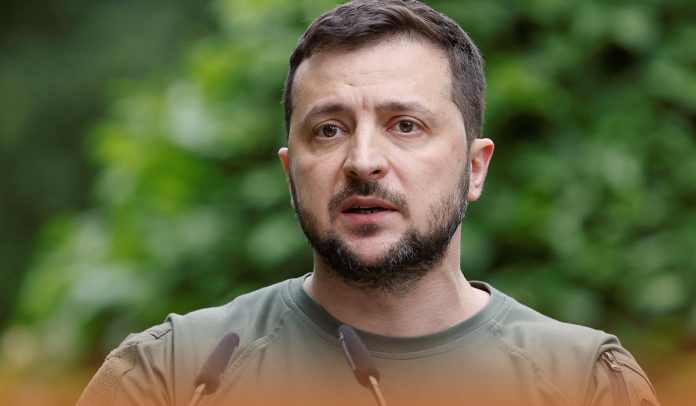 The President of war-torn Ukraine, Volodymyr Zelenskyy, and the U.S. President, Joseph R. Biden, are planning to hold a meeting at the White House on December 21 that is tentatively planned to include an address to a joint Congressional session, according to multiple sources familiar with the planning. Punchbowl News, an online political news daily in D.C., reported that it would be Zelenskyy’s first known trip outside his state since Putin ordered a brutal incursion on 24 February.

According to two separate sources, the Ukrainian President’s trip to the White House, which hasn’t been finalized and has remained firmly held amid security apprehensions, would include a meeting with President Joe Biden and top government officials and is scheduled to coincide with the government’s determination to deliver another security package to Kyiv.

On my way to the US to strengthen resilience and defense capabilities of 🇺🇦. In particular, @POTUS and I will discuss cooperation between 🇺🇦 and 🇺🇸. I will also have a speech at the Congress and a number of bilateral meetings.

Furthermore, the United States leader will make an announcement of additional military aid worth USD 1.8 bn to Kyiv forces during the potential trip, a substantial boost in assistance featured by the Patriot defense systems, according to an American official.

The latest declaration would add to the approximately USD 20 bn in American support sent to Zelenskyy since Moscow started its full-scale incursion and will come at the same instant US legislators are considering a sweeping government funding measure that includes a further forty-five billion dollars in emergency aid to Ukrainians. However, the White House didn’t provide any statement on an expected trip, President’s proclamation, or new military support declarations.

The US legislators are also planning for the Ukrainian President to visit the U.S. Capitol on the 21st of December evening. However, sources express the trip has yet to be finalized as officials are taking care of security preparations. But Nancy Pelosi, the U.S. House Speaker, said she doesn’t know that that’s going to happen. She added that they do not know yet; they just do not know.

Co-Chair of the bipartisan Congressional Ukraine Caucus, Rep. Marcia Carolyn Kaptur, who is also serving Ohio’s 9th District, told CBS News that there’re continuing efforts to bring the Ukrainian leader to Capitol Hill on Dec. 22 and to have him deliver an address to the lawmakers. Kaptur continued that Members of Congress would be much honored to have Zelenskyy visit Washington. However, it would be an expensive gift to have Zelenskyy between them.