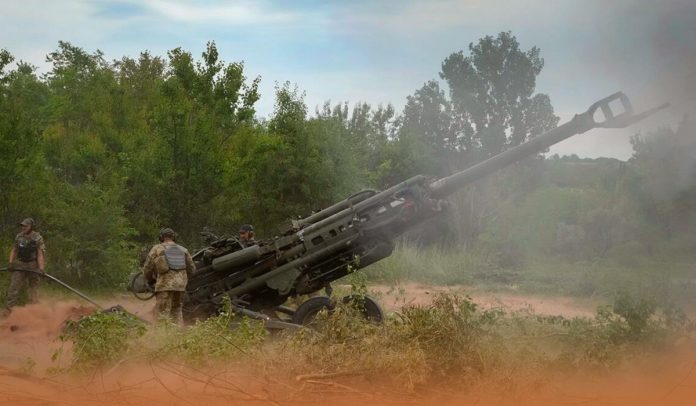 According to a senior US defense official, a fresh 775M dollars assistance package will contain fifteen Insitu ScanEagle drones, forty MRAPs with mine trawls, and two thousand armor-piercing shells that could assist the Armed Forces of Ukraine to proceed in the country’s East and South, where Putin military scattered mines.

Antony Blinken, the U.S. State Secretary, said that these resources are carefully calibrated to make an impression in the war zone and reinforce the Ukrainian military’s position at the bargaining table. This latest information comes as Moscow’s war on its neighboring country entered its 178th day. That brings the total American security and military support to war-torn Ukraine to 10.6 Bn dollars since Joe Biden assumed office on January 20, 2021.

Joe Biden, the President of America, has been clear that the U.S. will continue to assist the brave people and forces of Ukraine in defending their sovereignty against Russian brutality. As a component of those vigorous efforts, Blinken said that President Biden had used his Presidential Drawdown Authority (PDA) for the 19th time since Sept. 2021, and he’s approving this drawdown of arms from the U.S. Defense Department to Ukraine.

According to the State Department’s press statement, America stands with its partners from over fifty states worldwide in sending crucial military aid to strengthen the defense of Ukraine.

#Ukraine: Another AGM-88 HARM anti-radar missile was spotted in Ukraine – this time an unexploded missile was found in #Kherson Oblast.

It has some damage similar to shrapnel hits which may have been received from air defense interception, however a malfunction is also possible. pic.twitter.com/gaaTAizKlS

Previously, America has sent Howitzer weapons, but this is the first time the US will deliver 16 of the weapon systems to Ukrainian forces. Moreover, the assistance package contains a thousand Javelin Anti-Tank Weapon Systems, fifteen hundred, and an unrevealed number of AGM-88 HARMs, a tactical, air-to-surface anti-radiation missile to home in on radar systems. The Armed Forces of Ukraine have been productively employing multiple precision-guided weapons to strongly resist the Moscow military and regain areas Russia has captured.

Furthermore, efforts to stop the brutal war have also continued. On August 18, Turkey’s Erdogan and Antonio Guterres, the UN head, held a meeting with Ukraine’s Zelenskyy in Lviv, Ukraine. In the meeting, they conversed a range of issues, including prisoner swaps and attempts to get IAEA experts to travel to Ukraine’s Zaporizhzhia nuclear complex.