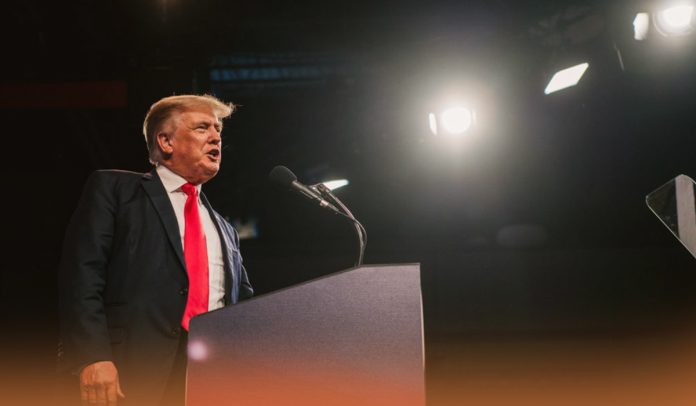 On Friday, Taylor Budowich, the former US President Donald Trump’s current spokesperson, has sued the House Select Committee inquiring about the deadly attack on the United States Capitol on January 6 over gaining access to his financial records.

The latest challenge is disclosing how the House Select Panel is asking for bank records, providing a new window into its attempt to comprehend what propelled the violence on 6th January 2021. The previously unrevealed records demand, disclosed in a new lawsuit, is the first confirmed subpoena issued by the panel for information directly from a bank.

The House Select Panel, which has moved aggressively in the last weeks, is using its subpoena authority to follow the money surrounding the pro-Trump demonstrations leading up to the US Capitol attack.

Budowich said he complied with the House panel, including sitting for a four-hour interview on 22nd December, and then returned home the following day to a notice from JPMorgan Chase & Co., saying it would be giving his records to the panel unless he was able to lawfully block the subpoena by 5 PM on 24th December.

NEWS: Trump spokesman Taylor Budowich revealed in a court filing today that he has provided 1,700 pages of documents and four hours of testimony to the Jan. 6 select committee, including about the rally money trail. pic.twitter.com/gPoPWU4EH1

Moreover, the suit reveals that Budowich has already provided the panel with over 1700 pages of documents and supplied nearly four-hours of testimony. However, it is uncertain whether the bank has already turned over the records, as the suit came the same day as a US multinational investment bank JPMorgan Chase’s deadline.

US House Votes to Hold Mark Meadows in Contempt, Sending a Criminal Referral to Justice Department

In addition to the committee, Budowich sued Nancy Pelosi (D-Calif.), speaker of the U.S. House of Representatives, and JPMorgan Chase, according to the lawsuit obtained by NBC News.

On Friday, Budowich said in a statement on Twitter that Democracy is under attack. However, not by the people who unlawfully entered the United States Capitol on 6th JAN, 2021, but instead by panel members who walk freely in its halls every day.

Last month, the panel issued subpoenas to high-profile Trump allies, including Alex Jones and Roger Stone. In addition, the House Select Panel includes Budowich, whom it mentioned as having organized an advertising movement to encourage attendance at the 6th January rally.

Furthermore, in its subpoena letter, the House Panel said Taylor Budowich reportedly solicited a 501c(4) organization to carry out a social media and radio ad campaign persuading attendance at the 6th JAN Ellipse protest and promoting unfounded assertions about the 2020 election outcomes. The House Select Panel has reason to believe their efforts include directing to the 501(c)(4) organizations about 0.2M dollars from sources that weren’t revealed to the organization to pay for the ad drive.

Trump’s spokesperson said that he isn’t and won’t let some politicians to upset him for his support of President Donald Trump. The Administration shouldn’t be a weapon that is freely used against political adversaries and private people. But it appears like this Democrat-led United States Congress intends to codify that precedent.