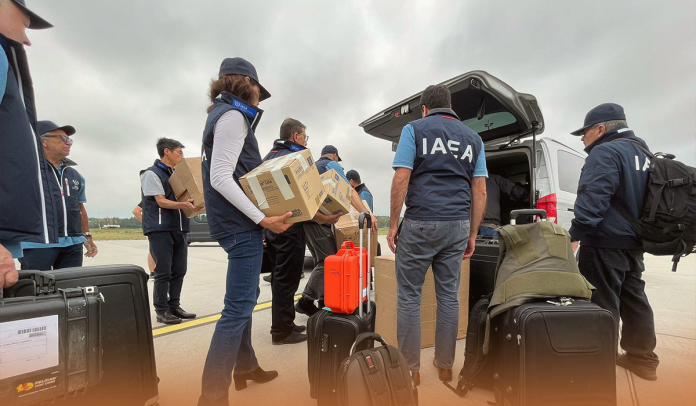 The head of the International Atomic Energy Agency, an international organization seeking to promote the peaceful use of atomic energy, said earlier that an inspection team was likely to make a trip to the ZNPP. Mr. Grossi said in a Twitter post that they must ensure the safety and security of the nuclear facility in southeastern Ukraine.

Russian Armed Forces had seized control of Zaporizhzhya NPP in early March; however, the atomic plant is still being operated by Ukrainian nuclear operators. Fighting around Europe’s largest nuclear facility has led to rising global concerns over nuclear safety and security at the location. But Kyiv and Moscow’s militaries have traded blame for shelling around the plant region.

Volodymyr Zelenskyy, the President of Ukraine, said that the European region was just one step away from a nuclear incident on August 25 when Zaporizhzhya atomic facility disconnected for a short time from the National Power Grid of Ukraine, for the first time in almost four decades. Zelenskyy said fires in the coal ash basin damaged the overhead electrical power lines that briefly cut the nuclear facility off. And both sides accused each other of the strikes and damage.

Furthermore, Moscow had formerly signaled that it would only permit nuclear inspectors from different member countries to travel to Ukraine’s largest atomic complex, so the trip by the IAEA’s experts will be significant in being able to verify the ground situation. Ahead of finally supporting an inspection visit, Kyiv had feared that an expert mission from the IAEA to ZNPP would legitimize Moscow’s occupation of the atomic facility.

Rafael Grossi also said that almost daily, there’s a new happening at or close to the Zaporizhzhya atomic plant, and they couldn’t afford to lose any more time. In addition, satellite imagery showed damage from the latest artillery strike to a building near to the atomic reactors at Europe’s biggest nuclear power station, again raising worries of a potential incident.

The Russian Ministry of Defence said that the Armed Forces of Ukraine had attempted a futile offensive in the port city of Kherson, and Mykolaiv, a city near the Black Sea in Ukraine’s South, sustaining casualties, according to a Russian government-owned news agency RIA Novosti.