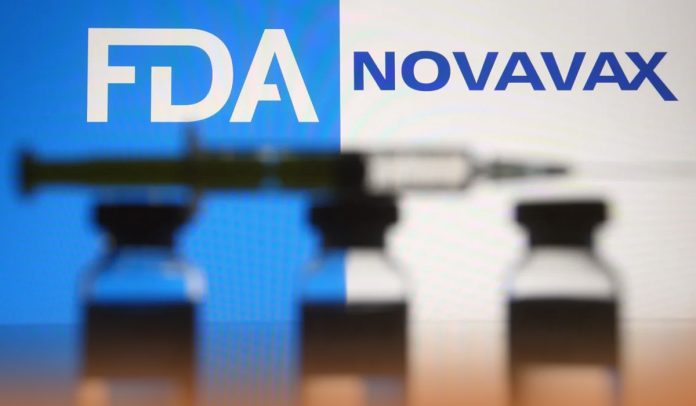 According to health officials, the United States is acquiring another vaccine to treat the fatal disease caused by Coronavirus as the U.S. FDA on July 13 said OK to Novavax doses for adults. The COVID-19 jab manufactured by Novavax, Inc. will be used as 2-dose initial series for 18-year-olds and above.

Novavax, a Gaithersburg, Maryland-based American biotechnology company, manufactured a more traditional type of COVID-19 shot than the three other COVID-19 vaccines authorized by the United States developed by Moderna, J&J/Janssen, and Pfizer/BioNTech – and one Coronavirus jab that is already approved for use in Europe and several other nations.

Today, we issued an emergency use authorization (EUA) for the fourth vaccine for the prevention of #COVID19 caused by SARS-CoV-2 in individuals 18 years of age and older. https://t.co/3pK5bLRehg pic.twitter.com/HLSoBAR7zQ

Moreover, the federal health regulator’s independent Vaccines and Related Biological Products Advisory Committee supported the approval of the Coronavirus vaccine manufactured by Novavax on 7th June, saying that the vaccine’s benefits dominate its risks for grown-ups. The jab is also being used in almost one hundred and seventy states.

According to health media reports, Novavax doses couldn’t be administered until the U.S. Centers for Disease Control’s independent jab advisers weigh in on whether to endorse the jab. Dr. Rochelle Walensky has approved the recommendation. And the ACIP (Advisory Committee on Immunization Practices), a committee within the Centers for Disease Control, is planned to meet on the 19th of July.

Furthermore, like other familiar jabs such as the vaccine for Pertussis, also known as whooping cough and a highly contagious respiratory disease, and Hepatitis B, the Coronavirus jab is protein based. The jab was manufactured out of a genetic sequence of the initial strain of SARS-CoV2. And contrast to some other Coronavirus doses, the Novavax COVID-19 shot could be stored under standard refrigeration conditions.

Unfortunately, nearly thirty-three percent of US people have still not been immunized against the fatal Coronavirus disease, that account for over 100M Americans. Several healthcare workers and health officials believe that a jab like developed by Novavax, which uses a more familiar technology, might be sufficient to encourage those who have been uncertain about getting vaccinated.

Stanley C. Erck, CEO of Novavax, told the media that they believe some of those hundred million are waiting for a Novavax shot. He added that in addition to the initial series of doses, the firm anticipates getting approval very soon to use its doses as boosters to other jabs. Erck also said that they’ve spoken with the Food and Drug Administration quite a bit regarding this. Moreover, Novavax’s President believes the health agency will be dealing with that authorization within a few weeks.

According to the pharmaceutical firm, late-stage clinical trials observed that the vaccine’s effectiveness against mild-to-moderate and severe disease is 90.4 percent. And there isn’t enough data to evaluate the impact of jab on virus transmission. Moreover, in July, the company proclaimed that its jab shows a‘ broad immune response’ to circulating SARS-CoV2 variants, including Omicron sub-variants, labeled BA.4 and BA.5.