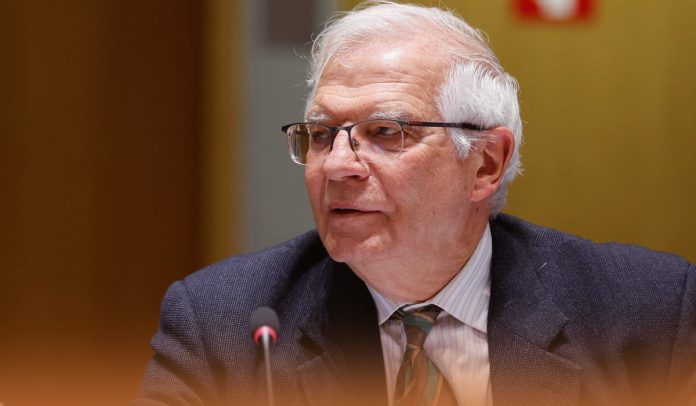 In the seventh meeting of the Group of Seven [Foreign Ministers] since the Russia-Ukraine war started, Josep Borrell Fontelles, the European Union’s High Representative for Foreign Affairs and Security Policy, said that the EU would provide a new tranche of 520M dollars (500M euros) to support the brave forces of Ukraine in their fight against Russia. Borrell told the media in Weissenhaus that it would make total military support for Ukraine from the bloc nearly two billion euros.

Speaking to the media persons on the sidelines of the Group of Seven meetup in Germany, Borrell said that the funds would be held in reserve for buying of heavy weapons, like artillery and tanks. The European Union diplomats warned that any disbursement requires support from the entire bloc. But some states are expressing doubts, and approval isn’t likely before the coming week. Top diplomats from the United States, Canada, Japan, France, Germany, Italy, and Britain are also attending the G-7 meeting.

Met with my good friend EU HR/VP @JosepBorrellF today. Grateful for his proposal to provide additional EU support worth €500 million to strengthen Ukraine’s defense. On the sixth EU sanctions package, Ukraine’s position remains clear: it must include an oil embargo on Russia. pic.twitter.com/ujkC7h7a0O

On Friday, the United Kingdom said that its new batch of sanctions to punish Russia over its unprovoked large-scale incursion of Ukraine targets the Russian leader’s financial network, including Lyudmila Aleksandrovna Ocheretnaya, Putin’s ex-wife, and several of his relatives. Moreover, Britain has now imposed sanctions on over a thousand people and a hundred entities, including Russian business oligarchs worth 143 billion dollars.

The latest sanctions mean asset freezes and travel restrictions will be levied on 7 members of the family and 5 close associates and faithful followers that operate as a wallet for Putin’s luxury lifestyle, according to the statement by the Foreign, Commonwealth and Development Office.

Elizabeth Mary Truss, the United Kingdom’s Secretary of State for Foreign, Commonwealth, and Development Affairs, said Friday that the U.K. is revealing and aiming the shady network bolstering the luxury lifestyle of the President of Russia and tightening the vice on his closest partners. She added that they’d carry on sanctioning all those supporting and financing Vladimir Putin’s barbarity until Ukraine succeeds.

Furthermore, the United Kingdom announced sanctions on the first cousin of the Russian President and Pechanga International Sea Port Director, Igor Putin. Putin’s other first cousins targeted by the U.S. include Roman Putin and Mikhail Putin. Mikhail Putin is the Deputy Chairman of the Management Boards of PJSC Gazprom, a Russian major state-owned gas industry firm, and SOGAZ Insurance.