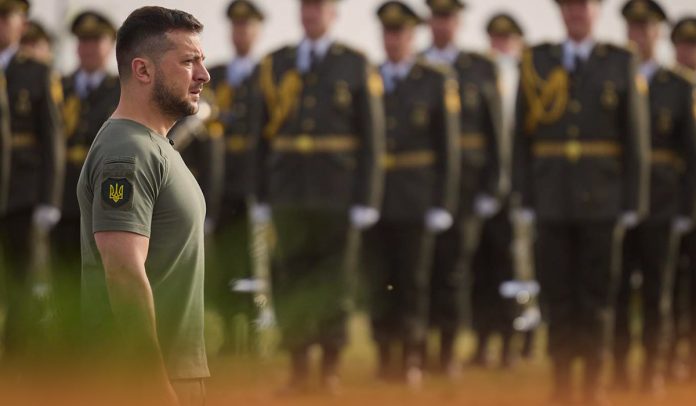 Joe Biden, the President of America, marked the 31st anniversary of Ukraine’s Independence with nearly three billion dollars in defense assistance, the United States’ biggest single tranche of security aid since Moscow’s military launched its full-scale incursion about half a year ago; however, that could take even months or years to arrive the embattled state.

In addition, the assistance package announcement came as American officials cautioned that Moscow appeared to be planning fresh strikes in the imminent days on the Ukrainian government and civilian infrastructure.

While announcing the security aid, the US President said in a statement that America is devoted to supporting the Ukrainians as they continue their vigorous fight to defend their freedom, noticing Ukraine’s bittersweet celebrations of Independence from the Soviet Union in 1991.

Moreover, according to US officials, the latest aid uses money from the USAI (Ukraine Security Assistance Initiative) appropriated by the United States Congress to let the Administration to acquire arms from the industrial sector rather than taking from the current Defense Department stockpiles.

Since Jan. 2021, the U.S. has sent over 13.5 Bn dollars in defense aid to the Armed Forces of Ukraine. In all, America has donated over 15.5 Bn dollars in military support to Ukrainian forces since 2014. Therefore, the U.S. Defense Department continues to work with Kyiv to instant and longer-term defense needs.

The U.S. President congratulated Ukrainians on their 31st Independence Day. He said the people of Ukraine had inspired the world with their bravery and dedication in defending their homeland and freedom.

Furthermore, according to media reports, August 24’s proclamation comes only a few days after the U.S. government announced additional 775M dollars to boost the defense of Ukraine, with Antony Blinken, the US State Secretary, saying that the current US government was devoted to supporting Kyiv for as long as it takes.

On the other hand, on Thursday, the President of Russia signed a decree to expand the Russian military size to 2.04M from 1.9M as the Kyiv-Moscow conflict enters its 184th day. The Kremlin hasn’t talked about any military losses in the war since Feb. 24; however, the administration in Kyiv and European officials say they number in several thousand.

According to the Russian government’s legislative portal, Mr. Putin ordered to increase in its number of combat troops by 137K to 1,150,000 due to its so-called ‘special military operation’ in the East European state.