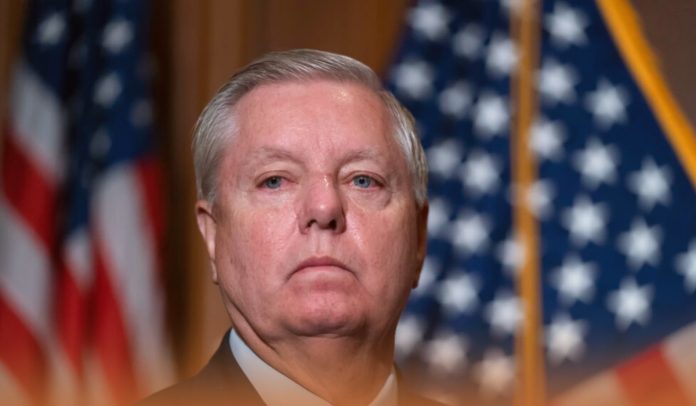 The US Sen. Lindsey Graham has called on someone close to Russian leader Vladimir Putin to assassinate him, saying it would be the swiftest way to stop the war in the East European country of Ukraine and is now experiencing powerful push-back from all corners of D.C. And on Friday, the White House spokeswoman said that it isn’t the position of the American government.

Is there a Brutus in Russia? Is there a more successful Colonel Stauffenberg in the Russian military?

The only way this ends is for somebody in Russia to take this guy out.

You would be doing your country – and the world – a great service.

A former Air Force’s chief prosecutor in Europe in 1984, Lindsey Graham, said on Twitter late Thursday that the only those who can fix the unjustified, unprovoked Russian attack are Russians. He added that it’s easy to say but hard to do. Graham said to Russians that unless you want to live in darkness for the rest of their life, be out-of-the-way from the world in abject poverty, and continue their life in darkness; they need to ‘step up the plate.’

South Carolina Senator’s comments have outraged the Russian diplomat to America. Moreover, Graham tweeted: Is there a Brutus in Russia and a more successful Colonel Stauffenberg in the Russian Army?

Marcus Junius Brutus was a Roman politician, orator, and the most famous of the assassins of Julius Caesar, while a German Army officer Claus von Stauffenberg is best-known for his failed effort on July 20, 1944, to assassinate Adolf Hitler at the Wolf’s Lair.

Additionally, the Russian Ambassador to U.S. Anatoly Antonov described his remarks as outrageous and unacceptable. He added the degree of prejudice, fear, or hatred against Russians in America is off the scale. Antonov said that it is implausible that a Senator of the country’s lawmaker preaching his moral values as a guiding star to all humanity could afford a call on violence as means to achieve the goals of D.C. in the world community.

The American leader has condemned Moscow’s incursion and announced sanctions on politicians, including the Russian leader himself. He says America will defend the member nations of the Western military alliance but rejected sending military personnel to the war zone.

American policymakers, both GOPs and Democrats, also condemned comments by Lindsey Graham. Texas GOP Sen. Ted Cruz called the proposal of the South Carolina senator an extraordinarily bad idea, while Minnesota’s Rep. Ilhan Omar said that she genuinely wishes their Congressional members would cool it and regulate their statements as the US administration makes an effort to prevent the Third World War.

Kamala Harris, the U.S. Vice-President, will visit Romania and Poland the following week, according to her office, with the travel coming after Moscow’s incursion of Ukraine as America looks forward to showing support for Ukrainians and its Eastern NATO partners. The visit of the Vice-President is scheduled from 9-11th March.