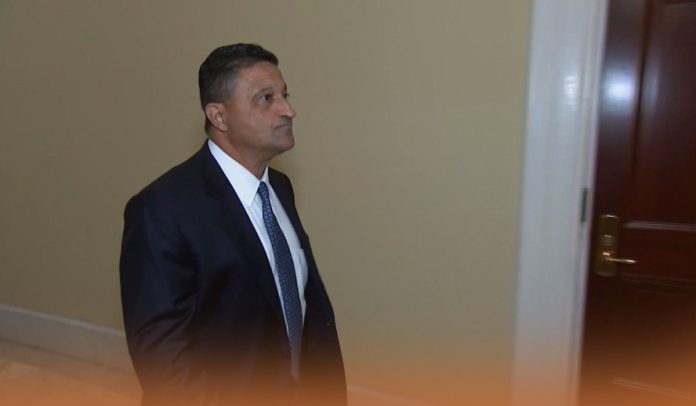 On Tuesday, the United States Secret Service (USSS), a federal law enforcement agency under US Homeland Security Department, provided the January 6th Committee probing the deadly Capitol insurrection with an ‘initial set of records’ in complying with a subpoena recent week that was issued in the wake of reports of potentially missing text exchanges from January 6, 2021.

Anthony Guglielmi, the USSS Chief of Communications, said in a statement that their initial batch of records contained thousands of documents, USSS mobile phone use on the 5th and 6th of January last year, and operational plan records.

However, according to a USSS official, records production on July 19 did not contain any of the potentially missing text exchanges from the day before and the day of the Capitol riot. The official added that is because a federal law enforcement agency still couldn’t recover any messages lost during data transfer around the time.

In addition, referring to the federal agency’s backup procedures, the USSS official said that any of the text that wasn’t transferred by the staff member as an administration record would’ve been missed as a part of a device-replacement program. Before uploading phone data, the USSS workers were anticipated to restore their messages manually. And if any staff members didn’t follow, their messages would’ve been permanently erased when their devices during the phone migration. The federal agency insists it’s seeking to recover any deleted texts.

Furthermore, Guglielmi stated that they continue to examine their databases and records closely to confirm full cooperation with the Congressional Panel’s investigation and subpoena. The USSS spokesman added that the agency is taking all steps possible to identify archives and records responsive to the panel’s witness summon, to include forensic analysis of USSS phones and other analysis methods.

On July 20, a person knowing the agency’s communication with the Select Panel said that the USSS notified the panel that it’s currently having no knowledge of any text exchanges that weren’t restored. In addition, the U.S. Secret Service also informed the panel that they do not know the texts issued by the agency staff members between 7th and 8th December 2021 asked by the DHS IG Office that were not kept as part of the phone migration.

According to a letter to the January 6th Panel inquiring about Capitol Hill insurrection, the federal law enforcement agency was only capable of producing a single text exchange to Joseph V. Cuffari, DHS Inspector General, who had asked for a month’s worth of responsive records for 24 USSS personnel.