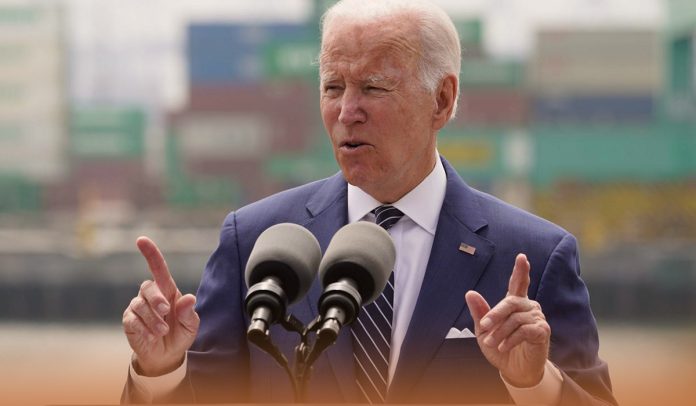 Joe Biden, the President of the United States, will visit New Mexico today to discuss his government’s efforts to address wildfires as residents smolder with anger over how the federal government allowed planned burns to spread uncontrolled, leading to the largest recorded blaze in the state history.

The fire covered many fronts but still burns amid alarmingly hot and dry conditions. According to federal officials, the blaze destroyed over four hundred and thirty homes across five hundred square miles since early April. Amid evacuations, thousands of residents were displaced from rural villages with high poverty rates while releasing untold environmental damage.

The US president Joe Biden is scheduled to visit New Mexico on Saturday to address criticism of residents on his administration for allowing a planned wildfire to spread uncontrollably. The fire is said to be the largest on record in state history.#Wildfires #Biden #NewMexico pic.twitter.com/h5YvpgkaNn

Fear of flames is giving way to concern regarding mudslides and destruction in places where superheated fire penetrated the soil and Spanish-colonial roots. In addition, the blaze is the latest reminder of the U.S. president’s concern about wildfires, which are likely to worsen as climate change continues, and how they will strain the resources required to combat them.

Last year, after stops in California and Idaho, President Biden said these fires are flashing code red for the U.S. nation. Further, he added that they are gaining strength and frequency. A team of Investigators tracked the two resource fires to burns in New Mexico that federal forest managers set as a preventive move.

This week, a group of Mora County residents took legal action against the United States Forest Service to obtain additional information about the role of the government. According to Ralph Arellanes of Las Vegas, New Mexico, ranchers of modest means seem not likely to receive reimbursement for the loss of uninsured cabins, sheds, and barns in the Las Vegas fire. In addition to having their day jobs, they have their ranches and farms.

Arellanes, a former wildland firefighter and chairman of a confederation of Hispanic community advocacy groups, says the homes are not big old houses or haciendas; they may not even have run water. On the weekends, they stay there to feed and water the cattle. They may camp there. Unfortunately, a lot of it was burned down.