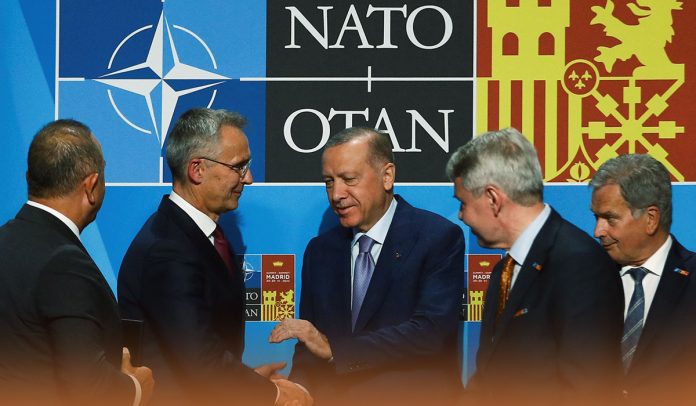 Turkey, a member of NATO, agreed to back Finland’s and Sweden’s membership in the alliance. Initially, it opposed the bids of Nordic nations to join. So, Turkey lifted its veto over their request as the three countries agreed to protect each other’s security. The decision finally ended a weeks-long drama that tested allied unity against the Russian attack on Ukraine.

Turkey has agreed to Sweden & Finland’s bid to join the NATO alliance. Previously, it opposed the decision, accusing both countries of supporting terrorism. Having agreed to Turkey’s condition of taking action against terrorists, both countries received approval to join NATO. pic.twitter.com/6ETm0mIGPq

The development came yesterday after four hours of discussions just before at NATO meeting started in Madrid, preventing an awkward standoff at the gathering of thirty leaders to show resolve against Moscow. Moreover, lifting the veto means that Stockholm and Helsinki can proceed with their bid to join the alliance, strengthening what is set to be a significant shift in European security during the last several years as both countries seek the North Atlantic Treaty Organization (NATO) protection.

Stoltenberg announced the terms of the agreement involved increasing work on Turkish exile demands and revising Finnish and Swedish law to harder their approach to those seen as threats from Turkey. Furthermore, Stoltenberg said that Finland and Sweden would remove restrictions on selling weapons to Turkey. On the other hand, Ankara raised concerns that Sweden has been concealing members of the Kurdistan Workers Party, which is banned, and the party fought against the Turkish state in 1984. But Sweden denied the allegations.

The Tuesday Turkish presidency statement reads that the four-way pact meant complete cooperation with Ankara in the battle against the Kurdistan Workers Party and its allies. In addition, the report said that Finland and Sweden were showing unity with Ankara in the fight against terrorism in all its manifestations and forms. Stoltenberg said that the thirty leaders of NATO would now invite Finland­­ – which shares around thirteen hundred kilometers of border with Russia – and Sweden to join NATO. Afterward, both countries would become official invitees.