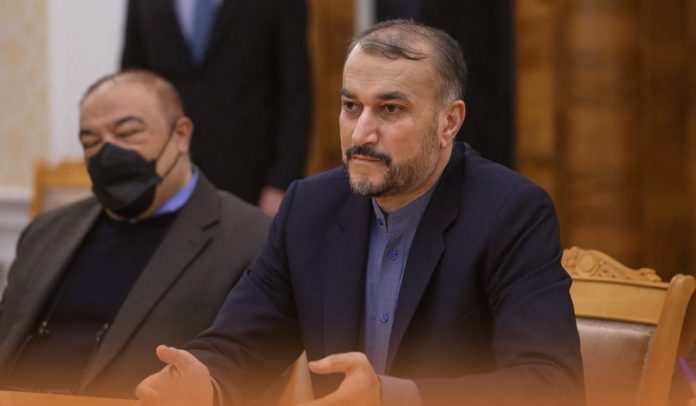 While the world’s attention has been concentrated on the post-Soviet country of Ukraine, the President Joe Biden government also has been battling with Western powers towards reviving the 2015 Iran Nuclear Pact.

On Wednesday, the Islamic Republic of Iran urged European powers to be realistic in negotiations to restore a 2015 Iran Nuclear Accord and stated its top nuclear negotiator Ali Bagheri Kani was returning to Tehran for discussions, signifying a breakthrough in its talks isn’t imminent.

According to the sources familiar with the subject, after ten months of nuclear talks in the Austrian capital, development has been made toward the revival of the agreement to control Iran’s atomic program in exchange for the relief of international sanctions. But both the United States and Iran have cautioned that still there’re some substantial differences to overcome.

Hossein Amir-Abdollahian, Iran’s Minister of Foreign Affairs, told a press briefing with his Omani counterpart Sayyid Badr Albusaidi in Iranian Capital that nuclear negotiations in Austria are attaining sensitive and important points. However, he added they wonder whether the European side can take a realistic tactic to undergo the remaining points of the nuclear negotiations.

Last week, a United States-Iran agreement was taking shape in Austria to restore the accord, abandoned in 2018 by the former American President Donald Trump, who also reimposed wide-ranging sanctions on Tehran. A draft text of the deal alluded only unclearly to other matters, diplomats stated, adding that what was meant was unfreezing billions of dollars in Iranian funds in banks of South Korea and the freeing of Western prisoners held in the Islamic Republic.

Envoys from negotiating parties have stated they’ve got into a crucial stage, with a Russian diplomat saying on Feb. 22 that the talks are close to a conclusion. Sources close to the nuclear negotiations have stated a prisoner swap between America and Iran was anticipated soon. However, according to Iran’s Foreign Ministry, Ali Bagheri Kani was returning to Iran for a short visit proposed a deal wasn’t looming.

The 2015 Iran Accord between Tehran and world powers limited Iran’s uranium enrichment to make it challenging for it to develop material for atomic weapons, if it decides, in return for a removal of international sanctions against Iran. Moreover, an Iranian official told the media that if negotiations broke down, the United States would take responsibility for it and also for its significance

Iran’s Foreign Affairs Minister said that Tehran had underscored to Joseph Borrell, the EU’s top representative, during Munich Security Conference 2022 that Iran would never go beyond the accepted limits during talks. The core remaining disagreements seem to include the level of sanctions rollback and queries about traces of Uranium found at several ‘old but undeclared’ locations in the country.

Moreover, Tehran has made apparent that it wants an end to the bank and oil sanctions crushing the economy while also asserting the lifting of the terrorism-linked curbs.