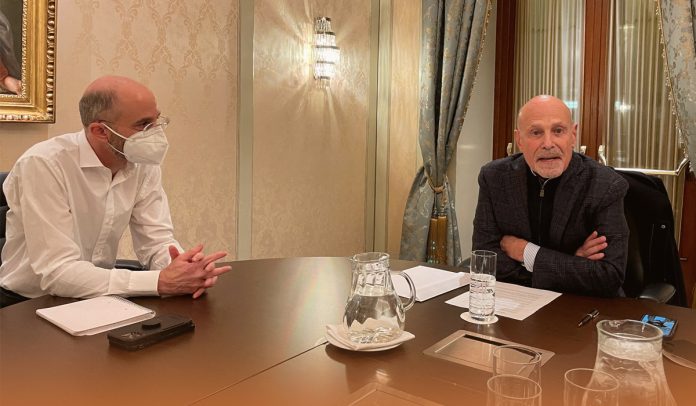 The lead US negotiator said Sunday that America is unlikely to reach an agreement with Tehran to save the 2015 Iran Nuclear Accord unless Iran releases 4 American citizens Washington says it’s holding hostage.

On Monday, IRNA, Iran’s official news agency, said that setting prerequisites like releasing U.S. prisoners held in Iran would slow down indirect negotiations between Washington and Tehran on restoring a 2015 Iran nuclear deal.

Previously, on Sunday, the lead US nuclear negotiator told the reporters that America was improbable to achieve some agreement with the Islamic Republic to resume the 2015 nuclear accord – a detailed, 159-page promise reached by Iran and the P5+1 (the United Kingdom, France, China, Russia, Germany, and the U.S.) on 14th July 2015 – unless Tehran released 4 Americans Washington says it’s holding hostage. But, IRNA said that such irrelevant prerequisites by D.C. will make striking an agreement in Austria difficult.

Robert Malley, the U.S. Special envoy for Iran, repeated the long-held US position that the issue of the 4 U.S. citizens held in the Islamic Republic is separate from the nuclear talks. Moreover, he moved a step closer, however, to saying that the release of those four was a prerequisite for a nuclear deal.

“message has been sent”

In an interview, Malley said that they’re separate and pursuing both – the revival of the deal and releasing of prisoners. He added, he’ll say it’s tough for them to imagine getting back into the atomic agreement while 4 innocent US people are being held hostage by the Islamic Republic. Malley said in Vienna that so even they’re conducting discussions with Iran indirectly on the atomic file, ‘we’re conducting,’ again indirectly, talks with them to make sure the release of their hostages.

In past years, Iran’s Islamic Revolutionary Guard Corps have arrested several dual nationals and foreigners, the majority on security-linked charges. Rights groups have accused the Islamic Republic of taking prisoners to gain diplomatic leverage, while West powers have long pressed that Tehran free their nationals, who they express are political prisoners. However, Iran denies holding people on political grounds.

Robert Malley was speaking in a joint interview with Barry Rosen, the ex-US diplomat who has been on a hunger strike in Austria to demand the release of British, US, German, French, Swedish and Austrian prisoners in the Islamic Republic of Iran, and that no nuclear accord be achieved without their release. Rosen was one of over fifty American diplomats held during the 1979-81 Iran hostage crisis.

Malley said he’s spoken to the families of the hostages who are extraordinarily appreciative for what Mr. Rosen is doing, but they’re also imploring him to stop his hunger strike, as he’s, because the message has been sent.