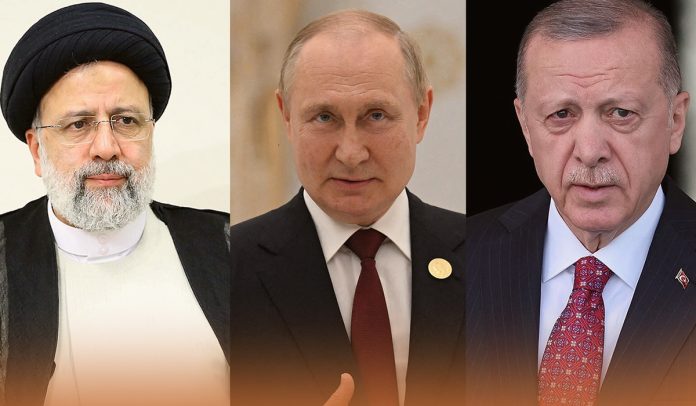 On Tuesday, Vladimir Putin, the President of Russia, will meet his Iranian and Turkish counterparts in Tehran. Russian President’s trip to the Islamic Republic of Iran beginning on July 19 is envisioned to strengthen relations with important states of the region as part of the Kremlin’s confrontation with Europe and America due to its grinding battle in the former Soviet state of Ukraine.

According to media reports, in only his 2nd visit abroad since the Russian Armed Forces invaded its neighboring country on Feb. 24, Vladimir Putin is planned to have formal discussions with Recep Tayyip Erdogan, President of Turkiye, and Ebrahim Raisi, President of Iran, about the challenges facing the region, including a United Nations-backed proposal to restart Ukrainian grain exports to ease the global hunger and the conflict in Syria.

⚡️Putin to meet Erdogan in Tehran on July 19.

Russian dictator Vladimir Putin will travel to the Iranian capital to attend a meeting with the presidents of Iran and Turkey, Ebrahim Raisi and Recep Tayyip Erdogan, for Syria-related talks.

Moreover, the leaders and their delegations from the three countries are anticipated to have bilateral conversations, during which pressing issues ranging from Iran’s Nuclear Accord with great powers to the brutal conflict in Ukraine could be discussed.

As the U.S. and Europe pile up sanctions on Russian Federation and the costly advancement keeps going, Mr. Putin is looking for deepening ties with the Middle East state, a fellow target of harsh sanctions imposed by Washington and a potential trade and military partner.

In the past weeks, Moscow officials visited Kashan Air Base in central Iran on June 8 & July 5 to see attack-capable drones, according to Jake Sullivan, the U.S. National Security Advisor. But perhaps most notably, Iran offers Mr. Putin an opportunity for a high-stakes summit with his Turkish counterpart, who has sought to help broker discussions on a peaceful resolution of the Kyiv-Moscow war, as well as help talks to allow Ukrainian grain exports through the Black Sea. 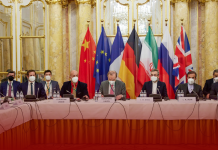 Iran Nuclear Negotiations Near End but Might Not Produce Results – EU