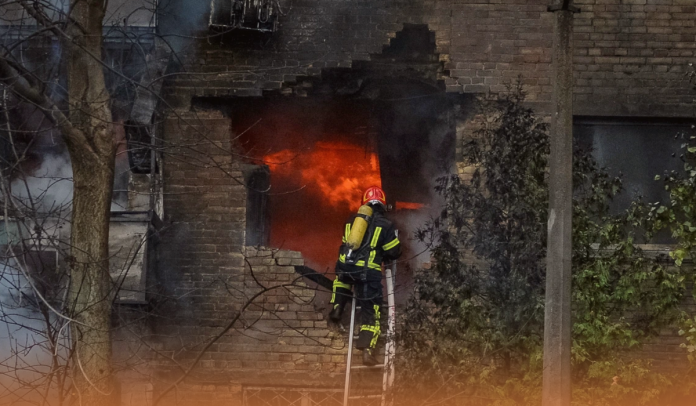 According to the spokesman for the Ukrainian Air Force, air raid sirens were heard and blasts rang out around all major Ukrainian cities as Moscow Armed Forces pounded Ukrainian territory and energy infrastructure with its biggest and most devastating barrage of missiles thus far, hitting targets from the country’s East to West and causing extensive power outages.

The President of Ukraine said Putin’s military launched nearly eighty-five missiles on November 15; the majority of them hit their energy facilities and cut off the electricity supply in several cities. However, he continued multiple teams are working to restore the power supply to the consumers adding Ukrainians will survive everything.

Herman Halushchenko, Ukrainian Minister of Energy, said it was the heaviest shelling of energy infrastructure in about 9-month-old Moscow’s cruel and unjustifiable incursion. The massed sustained artillery shelling came after G-20 leaders held a meeting at the 2022 G20 Bali Summit dominated by Russia’s unprovoked war on Ukraine. Moreover, they followed the euphoric days in the war-torn state after one of its massive military achievements in the Russo-Ukrainian war since it launched in February.

Furthermore, as its battleground setbacks mount, Moscow has growingly resorted in previous months to aiming at Ukraine’s Electric Grid, cutting power supply off in several regions across the country. According to media reports from the Ukrainian capital, the recent missile strikes are an apparent attempt by Moscow to weaponize the looming winter by leaving innocent Ukrainians in the cold and without power. Jonah Hull, a senior correspondent for Al Jazeera English, said the temperature is set to strike minus 6OC late in November.

More than twelve Ukrainian areas reported missile strikes on Nov. 15, which struck areas in the cities including Lviv, Rivne, and Kyiv in the Western region, Zelenskyy’s native Kryvyi Rih, Kharkiv, and Poltava in central Ukraine, a major transportation hub Zhytomyr in North and Odessa in country’s Southern region. Vitali Vladimirovich Klitschko, Mayor of Kyiv, said that the authorities in the city found a body in one of the three apartment buildings hit recently, and noted that nearly half of the city residents were in the dark.