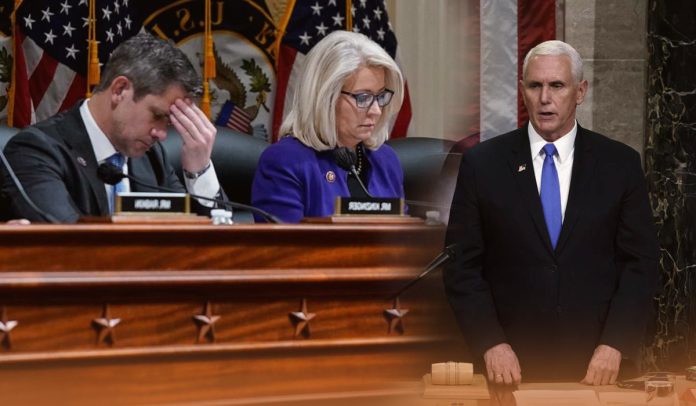 The House of Representatives Select Committee inquiring about the 6th JAN 6 Capitol insurrection is considering formally asking Mike Pence, the former US Vice President, to voluntarily appear before the committee, with the possibility that the request could come by the end of January.

BREAKING: Chairman of the Jan. 6th committee says that they intend to send a formal request to Vice President Mike Pence asking him to testify voluntarily by the end of the month. RT IF YOU THINK THEY SHOULD SUBPOENA HIM ASAP!

The Select Committee’s chairman Rep. Bennie Thompson said that the panel would meet the following week to discuss offering the former VP a formal request to appear voluntarily. The Mississippi Democrat said of the offer to Mr. Pence that he thinks ‘you could anticipate’ that before the end of the month. Moreover, Pence certified the Nov. 3 Presidential contest in spite of a widespread pressure drive led by Mr. Donald Trump, the then-US leader, and his partners to block the process.

Thompson described Mike Pence’s appearance as critical, notably as the ex-VP eventually issued a letter before the January 6 panel proceedings that he’d not step out of his Ceremonial Role. Rep. Thompson added that Mike Pence was put in a particularly difficult situation. Mr. Trump was pressurizing a lot to break the law, but he remained determined.

Furthermore, the chairman of the Select Panel said that because he respected the law, there were several people who came to the United States Capitol last year having a desire to hang him. And so, if for no reason, their panel certainly needs to hear what are his views about what happened on 6 January 2021.

On Friday, one of the members of the House Select Panel, Rep. Adam Schiff, told American journalist Wolf Isaac Blitzer that the panel is interested in speaking with Mike Pence, and requesting him to appear is one of the choices they’re considering. The California Democrat said that as the chair has pointed out, “we intend to extend” that offer reasonably soon. However, Schiff wouldn’t give remarks on whether the panel would take a step of “issuing a subpoena” if Mr. Pence rejected the committee’s offer.

Schiff said that Pence knows things that only Mike Pence knows, and it would be significant to wholly fill out their work, and he thinks this’s one more public service that needs to be performed by the ex-VP of the United States. Moreover, on Thursday, the vice chairwoman of the panel Representative Liz Cheney had told NBC she was looking forward to the cooperation of Mike Pence and his team ‘continuing their assistance’ in the committee’s inquiry, calling Pence a hero for his activities on the day.

While speaking to CNN anchor and chief Washington correspondent Jake Tapper later Thursday — the first anniversary of the Capitol riot, the Wyoming GOP Liz Cheney said she ponders Mike Pence played a significant consequential role on 6th JAN. She said that making certain they could carry out their constitutional responsibilities. Moreover, she said she is confident he wants the Americans to realize the truth. He loves this country, and will want to confirm this panel is successful.