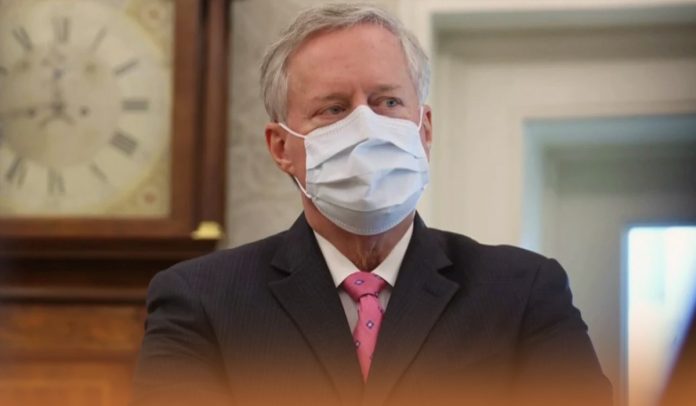 Rep. James Daniel Jordan’s Office confirmed on Wednesday that the Ohio GOP forwarded a text message to Mr. Mark Meadows, former White House Chief of Staff, on 5th January, outlining a lawful theory that former Vice-President Mike Pence had the authority to stand in the path of the certification of the 2020 Presidential election outcomes.

The acknowledgment comes 2-days after the January 6 Panel publicized numerous documents, including text messages, provided to the committee by Mr. Meadows. The House Select Panel revealed several text messages delivered to former Trump official by Republican legislators but didn’t name any of them.

On Wednesday, Rep. Jim Jordan’s spokesman told NBC News that Mr. Jordan forwarded the text message to Mr. Meadows and Meadows definitely knew it was a forward. However, some smartphones don’t specify that a text has been forwarded.

According to the sources who confirmed CNN about that text message, that the entire text message from Jordan to Mark Meadows released by Select Panel on Monday read that on 6th January 2021, VP Mike Pence, as the Senate President, should call out all electoral votes that he believes are illegal as no electoral votes at all.

The 6th January Panel acknowledged trimming the message before publicizing it. Moreover, a spokesman told NBC News that the panel is responsible for and regrets the error.

Moreover, according to a person familiar with the matter, a conservative lawyer and one-time US Security Adviser on ex-US President Trump’s 2016 drive, Joseph Schmitz sent the lawful theory to Jim Jordan, who then passed it on to Mark Meadows.

The text message from Mr. Jordan is another example of the extreme pressure campaign put on Mike Pence by Donald Trump followers to act on unproven lawful theories as a last-minute attempt to avoid the certification of Nov. 3 election results. Mr. Pence ultimately rejected that coercion.

Additionally, Democratic Rep. Adam Schiff from California argued during his presentation the text message was evidence that ex-White House Chief of Staff was at the center of this pressure drive and that the House Select Panel needed to ask him queries regarding the substance of the text message and what he did with the information.

Rep. Jim Jordan has been a staunch Donald Trump ally and was one of the GOP legislators tapped by Kevin McCarthy, House Minority Leader, to serve on the Select Panel. House Speaker Nancy Pelosi rejected Mr. Jordan and another GOP offered by the House Minority Leader, who later pulled his picks. Instead, House Speaker subsequently added two Republican legislators – Rep. Adam Kinzinger of Illinois and Liz Cheney of Wyoming – to the 9-member panel.