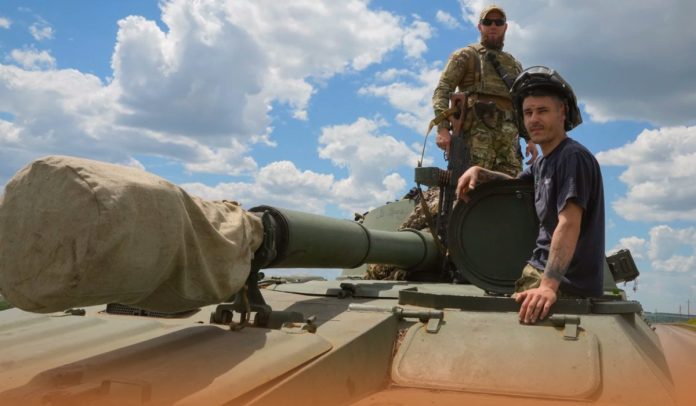 Russian President Vladimir Putin chastised the West for imposing sanctions on Moscow but played down the EU’s decision to grant Ukraine candidate status for EU membership. Ukrainian President Volodymyr Zelensky applauded the European Commission’s recommendation to give Ukraine candidate status for European Union membership. Putin said he had no problem with Ukraine applying to join the European Union and criticized the West for its “colonial arrogance” and “stupid” economic and other sanctions against Russia.

Ukrainian President Volodymyr Zelensky expressed gratitude to the European Commission for recommending Ukraine as a candidate for European Union membership. Russia’s President Putin, however, slammed the West’s sanctions on Russia while downplaying the EU’s decision. pic.twitter.com/eJWd1sOBEu

In a speech, Putin expressed Russian sovereignty and strength and emphasized that the country would continue its special military operations in Ukraine. “Under the current conditions, against a backdrop of growing risks for Russia, his military has taken the difficult but necessary decision to conduct a special military operation,” the Russian leader stated. In addition, he said that the United States is trying to change the history course. Afterward, Putin slammed the West for fueling anti-Russian sentiment and for the active military occupation of Ukrainian territory.

On Friday, the Ukrainian military said that the Russian forces continue to attack key cities of Sievierodonetsk and Sloviansk. According to Moscow and its allies, they control around half of Donetsk and approximately all of Luhansk; both regions collaborate to make the Donbas region. Moreover, Sievierodonetsk and corresponding villages are in the last part of Luhansk that is still under the control of Ukrainian forces.

The President of the European Union, Ursula von der Leyen, announced yesterday that Ukraine should be officially considered for membership candidate status. Further, he said they all know that Ukrainian nationals are ready to die from the EU perspective. Early Friday, the Ukrainian president tweeted that he applauded the EU decision and said it is the first step on the European Union membership path that will surely bring their victory closer.

I commend the positive @EU_Commission Conclusion on 🇺🇦’s candidate status. It’s the 1st step on the EU membership path that’ll certainly bring our Victory closer. Grateful to @vonderleyen & each EC member for a historic decision. I expect the positive result from #EUCO next week.

As a member of the twenty-seven-nation bloc, the recommendation represents the first step in the long process. EU leaders are expected to consider the commission’s recommendation later this month. A candidacy recommendation was also made for Moldova but not for Georgia. On Friday, Putin indicated he had no objection to Ukraine joining the EU because the EU is not a military alliance, unlike NATO.