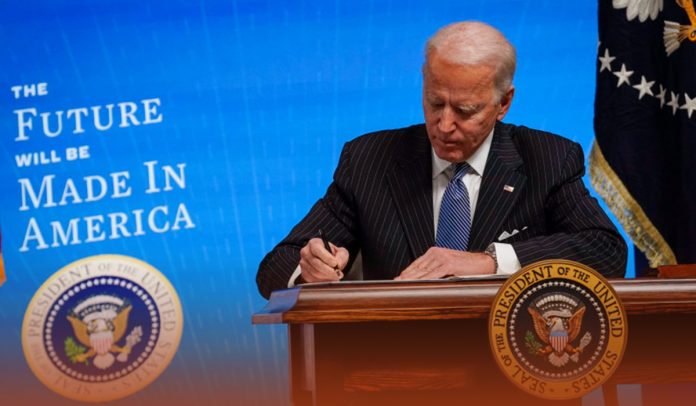 Except for the US Space Force, the Pentagon proposed slight end-strength cuts to all its armed forces in Fiscal Year 2022. American President’s 715 Bn dollars defense Budget proposal for FY2022 contains 17.4 Bn dollars for the United States Space Force, which is about 2.2 Bn dollars more than US Congress enacted this year.

The proposed $715 Bn dollars defense budget is $11.3 Bn increased from the US Congress’ 2021 appropriation.

The US Space Force accounts for nearly 2.5 percent of the total US Defense Department spending. The 2.2 Bn dollars increment for FY22 represents a noteworthy lift for the armed forces’ sixth and smallest military branch established by the FY20 National Defense Authorization Act.

The released proposed budget calls for a cut of almost 5400 in total end strength to Air Force, Navy, Army, and Marine Corps.

According to Military Times, Mr. Biden’s first budget proposal raises the emerging Space Force Guardians by almost 31 percent, from FY21’s 6434 to 8400 in FY22.

In its budget papers, the Pentagon intends to reduce the troop’s number amid disposing off the outdated weapons, vehicles, and some units, including older F-16 fighters, tank companies, landing ship docks.

These reductions would enable the Pentagon to emphasize on development of advanced capabilities and systems like cyber electronic warfare some special operations. The budget states that these future developments and capabilities are needed to allow the American military to continue with skilled potential challengers.

The US Air Force’s 156.3 Bn dollars budget suggests 2.5 Bn dollars for the Ground-Based Strategic Deterrent intercontinental ballistic missile to replace Minuteman III. That request is 1.1 Bn dollars more than US Congress approved in 2020.

Rich Sylvan - October 5, 2022 0
On Tuesday, Donald J. Trump, the former President of America, requested the Supreme Court of the U.S. (SCOTUS) to intervene in his case with...