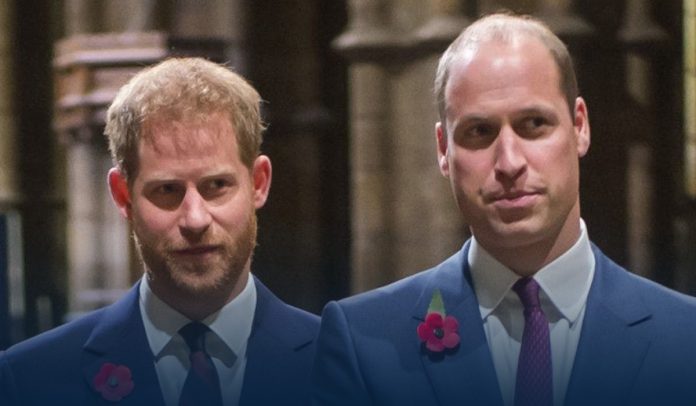 On Thursday, Prince Harry, Duke of Sussex, and his brother Prince William, Duke of Cambridge, issued strongly-worded statements criticizing the BBC for unethical practices after an investigation concluded that Martin Bashir used ‘deceitful behavior’ to secure their mother Princess Diana’s most explosive TV interview in 1995.

The Telegraph reported that a 127-page report, released Thursday, concluded that the journalist deceived and induced Earl Charles Spencer, Princess Diana’s brother, into securing the interview for Panorama.

The Duke of Sussex said in a statement sent to Fox News that their mother was an incredible lady who devoted her life to service. She was brave, resilient, and utterly honest. The ripple impact of a culture of exploitation and unethical practices eventually took her life. To those who have taken some sort of responsibility, thank you for owning it. That is the first step towards Truth and Justice.

The Harry, 36 shared that yet what deeply concerns him is that practices like those, and even worse, are still widespread that day. Then, and now, it is bigger than one outlet, one network, or one publication. Their mother lost her life because of that, and nothing has altered.

By protecting her legacy, they protect everyone and uphold the dignity with which she lived her life. Let us remember who Princess Diana was and what she stood for.

The Duke of Cambridge wrote in a statement obtained by Fox News that he would like to thank Lord Dyson and his team for the report. Prince William also released bullet points stating his concerns towards the findings.

It is welcome that the BBC accepts extremely concerning Lord Dyson’s findings in total, that BBC staffers lied and used fake documents to obtain the interview with Princess Diana, made unreliable claims about the British Royal Family which played on her fears and fueled distrust, displayed woeful incompetence when investigating concerns about the program and were evasive in their reporting to the media and covered up what they identified from their internal inquiry.

It is William’s view that the deceitful way the interview was obtained considerably influenced what his mother said. The interview was a significant contribution to making his parents’ relationship worse and has since hurt many others.

A statement on today’s report of The Dyson Investigation pic.twitter.com/uS62CNwiI8

Moreover, the Duke of Cambridge said it brings extreme sadness to know that the BBC’s failures contributed expressively to her paranoia, fear, and isolation that he remembers from those final years with her mother. He continued that what saddens him most is that if the BBC had precisely probed the concerns first raised in 1995, his mother would have known that she had been deceived. Princess Diana was failed not just by a rogue journalist but by leaders at BBC News who looked another way rather than asking the tough queries.

Piers Morgan wrote on Twitter, WOW. An absolutely blistering attack on the broadcaster by Prince William, Duke of Cambridge. Never seen him do that before; his simmering anger is palpable and completely justified.

A fan online said that his heart goes out to Prince Harry and Prince William. For the pain that has caused, for the loss of their mother Diana, and for their children’s loss of a grandmother.

Thinking of Diana, William and Harry today. Such a tragedy, such a loss. Again having to go through it in the public eye, my heart is breaking for them. 🌟Hug your loved ones a bit tighter today & tell them you love them🌟#Diana #William #Harry pic.twitter.com/sXCEVHQX3Q

Another fan wrote his thoughts tonight are with Prince William, Prince Harry, and Princess Diana’s family. Moreover, cannot believe it took twenty-six years to get the truth finally.