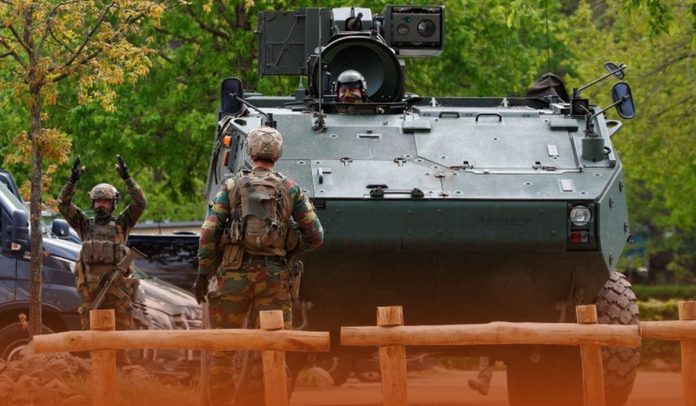 US Defense Department is eyeing how to stop firearms from being taken from bases to the streets after a report found nearly two thousand guns have been stolen over the recent years, some of which weapons were used in committing violent crimes.

Gen. Mark Milley, Chairman Joint Chief of Staffs, was stunned by an AP investigation that found at least 1900 American military weapons were stolen or lost during the 2010s. Furthermore, AP (Associated Press) reports that as the US military restricts the release of this kind of information, so the exact number is possibly higher

Moreover, military explosives were stolen or lost, of which some grenades were later found at home in Atlanta.

US military weapons have been “lost or stolen” and are now resurfacing in violent street crimes pic.twitter.com/0orYzx3RBM

Sixty-five Beretta M9s were stolen from a storage building in Afghanistan and weren’t discovered for several weeks. Moreover, the missing firearms were never recovered. The Pentagon typically shares yearly information about lost or stolen arms with US Congress, but that need ended several years ago.

“it is about the money”

The Air Force and Army couldn’t tell the AP how many firearms were stolen or lost from 2010 to 2019.

US Senators like Dianne Feinstein for California expresses worries over the AP report, especially a narrative about gang members in her home state buying ‘stolen automatic assault rifles,’ and pressed Mark Milley for a solution.

Senator Richard Blumenthal from Connecticut, in response to the report, requested the Defense Department review safety policies regarding the military in a letter to Lloyd Austin, Pentagon Secretary, this week. Moreover, he would follow a mandatory reporting need when US Congress drafts the new Defense budget in the upcoming months.

Being very concerned by the report, Senators Thom Tillis and Tim Kaine told Associated Press that they would look into the matter of lost weapons and how to stop more from going lost.