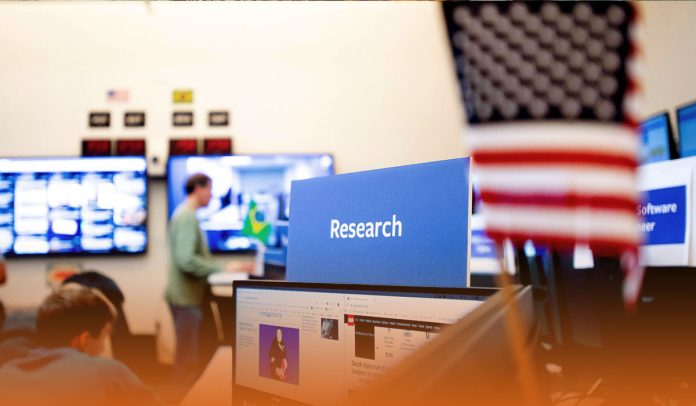 According to the latest Pearson Institute/AP-NORC polling, 95 percent of respondents say the misinformation spread is an issue, and most blame social media firms, social platform users, and American politicians for that rampant spread. Many Americans believe that social media firms, and the users, bear a good deal of blame for this situation. But some are very worried that they might be responsible.

According to new polling by “The Pearson Institute and The AP-NORC Center for Public Affairs Research,” around 95 percent of US adults recognize misinformation as “a problem” when they are attempting to access crucial information. Moreover, young adults are more anticipated than elders to concern that they’re responsible for spreading misinformation.

The survey shows that nearly half of the respondents put a great deal of blame on the American administration, and almost 75 percent point to social network users and tech firms. Yet only two in ten US citizens believe they’re very worried that they’ve themselves spread the misleading information. Instead, around 60% are at least somewhat worried their family members or friends have been part of the spreading wrong information.

Misinformation can impact anyone.

How Much Are the Foreign Governments Responsible For Misinformation?

Furthermore, the polling found that sixty-one of the GOPs believe the American administration has a lot of responsibility for misinformation spread, compared with just thirty-eight percent of Democrats. And 73 percent of Dems and 79 percent of GOPs stated social media firms have a great deal or quite a bit answerable for the spread.

The Pearson Institute/AP-NORC polling was conducted among 1071 American adults between 9-13th September 2021, with Americans aged 18 and up representing the fifty states and the District of Columbia, using a sample drawn from NORC’s probability-based AmeriSpeak Panel at the University of Chicago.