On Wednesday, Maserati came up with its very first supercar in the previous fifteen years. The body of the supercar is manufactured largely from lightweight aluminum and carbon fiber, and the car MC20 can touch a high speed of 202 miles per hour and accelerate from zero to 60 within three seconds.

The price of the supercar will be started from 210,000 dollars, which is unlike to the previous Maserati’s supercar (MC12), which costs about 800,000 dollars, and the company shut down the production in 2005. Moreover, the supercar MC20 was completely made by Maserati, including an unusual 630 hp (horsepower) turbocharged V6 engine.

In the engine of MC20, a spark plug sets the gasoline to ignite in a small and separate chamber connected to each cylinder rather than just sparking the fuel inside the cylinder itself, which occurs in most of the gasoline engines. That makes a fire that enters the cylinder via a series of little holes and ignite the rest of the gasoline and even air present there. Furthermore, there is also one more plug in the cylinder, which latterly ignites the fuel in the usual way.

Maserati decides to launch a complete electric version of MC20

Almost all the Maserati car engines were made by Ferrari for a long time. Ferrari, one of the biggest auto giants, still makes most of the Maserati’s cars and SUVs. A spokesperson of Maserati said that as a new and thoroughly redesigned models are launched, although, they are likely to have Maserati manufactured engines which is similar to the MC20.

However, the MC20 of Maserati is connected to the long-term plan by Fiat Chrysler to remake Maserati’s robust and authentic reputation regarding the performance of its cars.

Grasso said that it was critical of their plan to begin this new era with the production of the sports car and a sports car that will take them back to where they started.

Maserati was started in 1914 in Bologna, Italy, as a creator of car parts and aircraft. After this, it turned to start manufacturing racing cars.

At the end of this year, the company is going to start production, but the supercar will not be available in America until the fall of 2021. 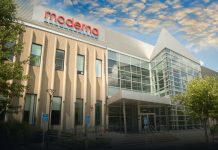