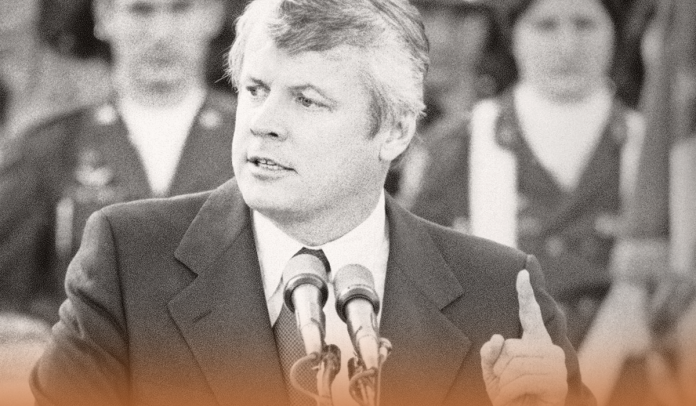 John Young Brown Jr., a Democrat who served as the 55th Governor of the Commonwealth of Kentucky (1979-1983) and built Kentucky Fried Chicken (KFC) – a Louisville-based fast food restaurant chain – died on Nov. 22 at age 88. According to Brown’s family, his death was caused by COVID-19 complications.

Furthermore, in 1971, Mr. Brown sold his interest in Kentucky Fried Chicken to Heublein Inc. for $284M – for a personal profit of nearly thirty million dollars at the time.

Gov. John Y. Brown Jr. was a great Kentuckian. He was always kind and supportive – from election days to the challenges of COVID-19, he was there. I am grateful for his leadership, but also his friendship. My thoughts and prayers are with his family and loved ones. ^AB

“I’ve never been so happy”

The statement from Mr. Brown’s kids read that their Father, John Young Brown Jr., not only dreamed the impossible dream but also lived it until the very end. His optimism and zest for life were unbeatable and permitted him to succeed against the odds again and again.

Moreover, Lincoln, Pamela, John III, Sissy, and Sandy said in the statement that he’d several notable achievements, but in particular, he loved his family members with great willingness, and they, in succession, loved him with great pleasure. Brown’s children added they’re heartbroken at their Dad’s death; however, find comfort in what he penned in one of his final days; I’ve never been so happy.

Addison Mitchell McConnell III, the Senate Republican Leader, said his prayers are with the children of John Y. Brown, who was an entrepreneur and businessman from the Commonwealth of Kentucky, and with all who knew and loved this fabulous statesman.