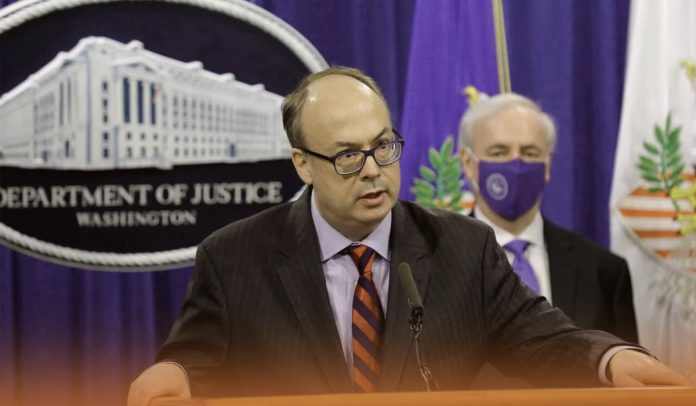 On Monday, the U.S. House Select Panel inquiring the 6th January Capitol attack proclaimed that it would move to hold Trump DOJ official Jeffrey Clark in criminal contempt on the United States Congress for not complying with its subpoena as it pursues to force Trump governmental officials to cooperate with its investigation.

The panel plans to meet on Dec. 1 to vote on a report commending that the full U.S. House refer Mr. Clark to the United States Department of Justice on contempt charges; however, a House vote hasn’t yet been scheduled.

If the panel moves to hold Jeffrey Clark in criminal contempt, he would be the 2nd to potentially face criminal contempt charges for declining to provide grave information to interrogators under subpoena. In addition, the panel could move to hold yet one more witness, Mr. Mark Meadows, the former White House Chief of Staff, in contempt before the week ends.

The Select Committee will vote on a report recommending that the House of Representatives cite Jeffrey Clark for criminal contempt of Congress and refer him for prosecution.

Longtime Donald Trump ally Mr. Steve Bannon has been indicted by the federal panel on two counts of contempt of U.S. Congress for disobeying the congressional subpoena.

“Attack on democracy and rule of law”

As a supporter of election fraud plots, Mr. Clark became the former American President’s most useful asset inside the DOJ in the days before 6th January. Clark also pushed to seek baseless claims of voter fraud in the weeks after the 2020 election. According to officials who communicated with ex DOJ official, he was in touch with the former President frequently. Moreover, former senior counsel to Mr. Clark, Kenneth Klukowski, has been subpoenaed by the panel.

Mr. Jeffrey Clark served as an acting head of the DOJ’s civil division at the end of the Trump government, and he sought to use DOJ resources to support the ex-president’s unfounded claims of extensive voter fraud in the November election. In addition, he refused to answer queries during a closed-door meeting with the panel earlier in November, after his original deposition was delayed because his attorney dropped him as a client. Earlier, Clark’s attorney cited potential executive and attorney-client privilege matters to defend noncompliance.

Chairman of the House Select Committee, Representative Bennie G. Thompson, wrote in a statement rejecting Jeffrey Clark’s claim of privilege that it is amazing that someone who so just held a position of public trust to defend the Constitution would now hide behind ambiguous claims of privilege by an ex-President, refuse to answer queries about an attack on their democracy, and continue an attack on the rule of law.