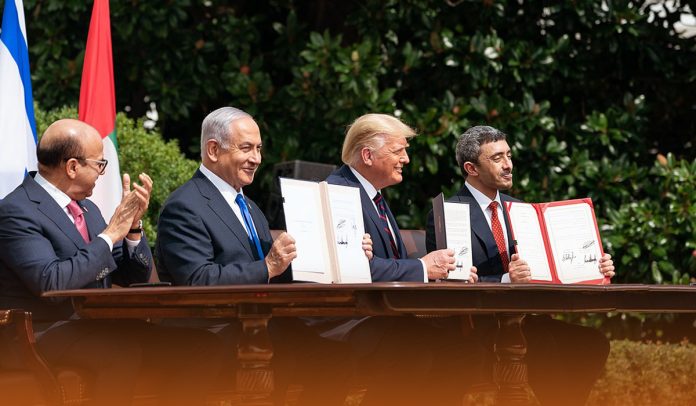 One more diplomatic crackdown seems to be coming as Gazans started an important job of reconstructing the Gaza Strip after eleven days of bombing by the Israeli forces killing around 259 Palestinians and destroying almost eighty-thousand residences.

In Dubai, Israel’s top diplomat to the Emirates (U.A.E) attended the opening ceremony of the first permanent exhibition of the Arabian Peninsula to recall the Holocaust. But earlier, Israel’s ambassador also appeared at the event, creating a joint venture between Emirati and Israeli firms.

The state-owned UAE’s News Agency said that Crown Prince Sheikh Mohammad Bin Zayed Al Nahyan, the ruler of Abu Dhabi, stepped ahead and offered to become a mediator in negotiations between the Israeli state and Palestine in a call with Abdel Fattah el-Sisi, Egyptian President.

Israeli top diplomat Eitan Naeh stated that what they see there is totally opposite to what is observed in Gaza. Moreover, what they observed there in the entire stabilization process, is to move ahead getting rid of the past.

Emirate’s administration and its officials publicly expressed worries over the violence in Jerusalem and completely disapproved the attacks on the AL-Aqsa Mosque compound by Israeli forces. Furthermore, UAE government officials condemned Jewish settler efforts to expel Palestinians from their houses.

It indicated a sharp criticism of Israel by the Emirates since the two nations agreed to normalize relations in 2020. Some asked whether the United Arab Emirates would pause or stop the push of its strategic relationship with the Israeli state, including launching direct flights, welcoming thousands of tourists from Israel, and cooperating on intelligence sharing.

Moreover, the strategic relationship includes investment in the Israeli oil and gas sector and declaring a ten-billion-dollar investment for numerous other Israeli sectors.

After the departure of the guests, joint Emirati-Israeli flag enamel pins were being sold for 20 AED.