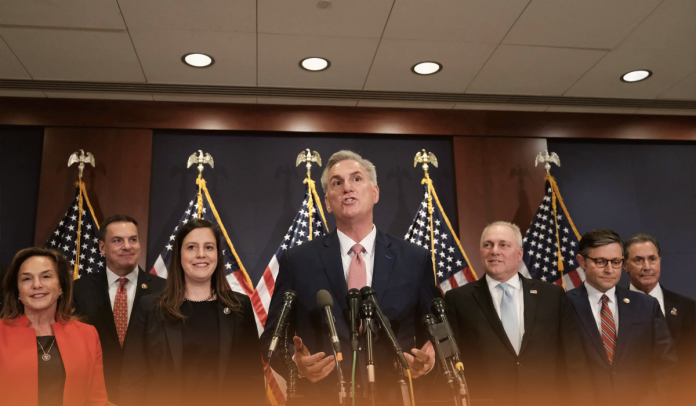 The party’s narrow majority in the House is enough to stall the agenda of American President Joseph R. Biden Jr. for the next 2-years. However, incumbents will maintain Senate’s control when the 118th Congress convenes in January 2023.

Moreover, the GOPs failed to meet their expectations in the Midterms, but on November 16 they took the seat required for their majority in the chamber when California’s 27th Congressional District went to ex-combat pilot Rep. Michael Joseph Garcia.

According to CBS’ projections, GOPs are now predicted to take between 218 to 223 seats in the ‘House of Representatives. However, with ballots in key contests still being counted, their majority might not be certain for a few days. Nevertheless, Mr. Kevin Owen McCarthy, who was chosen by rank-and-file GOPs on November 15 to be their candidate to replace incumbent House Speaker Nancy Patricia Pelosi, a Democrat, as the next presiding officer of the U.S. House of Representatives, celebrated having formally flipped the lower chamber.

And to be selected as Speaker, the House Minority Leader must grab the majority in the House of Representatives. However, the Congresswoman representing California’s 12th District indicated she wouldn’t relinquish the gravel softly, pledging in a declaration yesterday that Democrats would exert substantial leverage over a little GOP majority.

The US House control is crucial as it would let the GOPs to launch an array of Congressional inquiries into matters ranging from President Biden’s botched pullout from Afghanistan to more politicized investigations of the administrative actions during the deadly Coronavirus pandemic and the business activities of Hunter Biden, American President’s son.