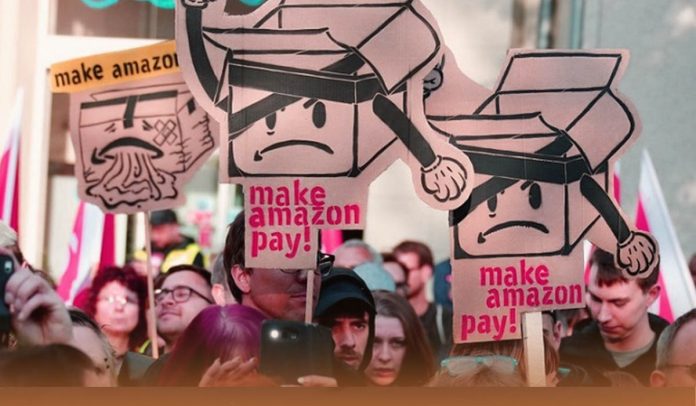 Amazon employees in almost twenty countries – including America, the United Kingdom, and several in the European Union, are planning to strike and work stoppages on Black Friday as part of the Make Amazon Pay drive, a coalition of seventy trade unions and organizations, including Oxfam, Greenpeace and Amazon Workers International. The Make Amazon Pay group expresses that an American e-commerce firm Amazon takes too much and returns too little.

‘Make Amazon Pay’ is organizing the Black Friday demonstrations – a shopping-centric day which is among Amazon’s busiest all year – to demand the retail giant increase wages, pay additional taxes, and cut its carbon footprint, according to its website. The protests are set to take place at corporate offices, factories, data centers, warehouses, and oil refineries worldwide, including sites in Boston, California, Minnesota, and New York City.

Additionally, the Make Amazon Pay is backed by an alliance of labor groups, grassroots, trade unions movements, and not-for-profit organizations in individual nations. In Britain, that includes the Trade Union Congress, War on Want, Labor Behind the Label, GMB Union, Momentum, and International Transport Worker’s Federation.

What “Actively Disengaged” Looks Like:
Demanding improved working conditions, Amazon employees around the world plan to to strike on Black Friday, the busiest #sales day of the year.
Workers in factories, warehouses & data centers in 70 nations will particpate.#Engagement #Work

Moreover, no United Kingdom Amazon warehouses are unionized, so, therefore, lawfully, they couldn’t strike. Several workers would be working on the day, but campaign groups, including Amazon employees, would be staging demonstrations at multinational technology buildings in Coventry, Coalville, Peterborough, Leicestershire, and its London HQs.

The coalition stated in the demands document that the pandemic has exposed how technology firm places profits ahead of employees, society, and the planet. The e-commerce company takes too much and gives back too little. It is time to Make Amazon Pay.

From the “War on Want” campaign group, Owen Espley said that Company employees experience risky conditions, constant surveillance and are treated like robots. Moreover, it is time for the tech firm to pay fair remunerations, fair taxes, and for its influence on our planet.

Amazon is one of the most influential corporations worldwide, headed by the wealthiest person in the world, Chief Executive Officer Andy Jassy. The Company became a trillion-dollar corporation during the coronavirus pandemic, with Jeff Bezos, the founder and executive chairman of Amazon, where he previously also served as the President and Chief Executive, becoming the first one in history to accumulate 200 Bn dollars in personal worth.

In the meantime, Amazon warehouse employees risked their lives as essential employees and only briefly got an increase in remunerations. 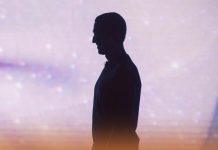