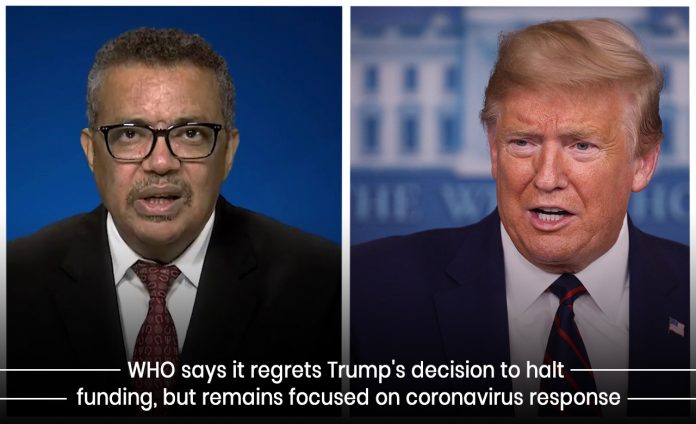 Tedros Adhanom, the Director-General of the World Health Organization, said on Wednesday that his team still continues to give their services to respond COVID-19 pandemic, regardless of the announcement of the American President, Donald Trump to suspend funding to WHO. Adhanom said during the news conference that they regret the Trump’s decision to stop funding to the international organization.

The head of the World Health Organization says that it “is getting on with the job” in responding to the coronavirus pandemic, despite President Trump’s announcement a day earlier that the US would withhold funding to the international organization. https://t.co/PuA9BGp99S

On Tuesday, the United States President announced to pause funding to the WHO after the conduction of a review. However, the administration of Trump is finding new ways to allocate that funding a massive amount. Due to this decision from its largest donor, the WHO will lose tens of millions of dollars. The decision of the president comes amid the deadly international pandemic crisis in the last few decades, and he takes the move to deflect the criticism of his administration to handle the coronavirus crisis in the U.S.

Tedros says that the organization is evaluating exactly how WHO programs will affect after they do not receive the funding from the United States. During the press briefing, he said after the assessment, and they will officially announce it. Further, he adds that they will work with their allies to fill any type of fiscal gaps they will face, and he ensures the continuity of the organization’s work without any interruption. Tedros assured working with other countries, and with unity, they would defeat the virus.

Tedros Show his gratitude to the Countries, Organizations, and individuals who expressed their support with WHO

The head of WHO shows his gratitude to countries, the organizations as well as individuals, who ensured their support and commitment during this world crisis. He welcomes the demonstration of worldwide solidarity as, according to him, unity is the key to deadly defeat coronavirus. 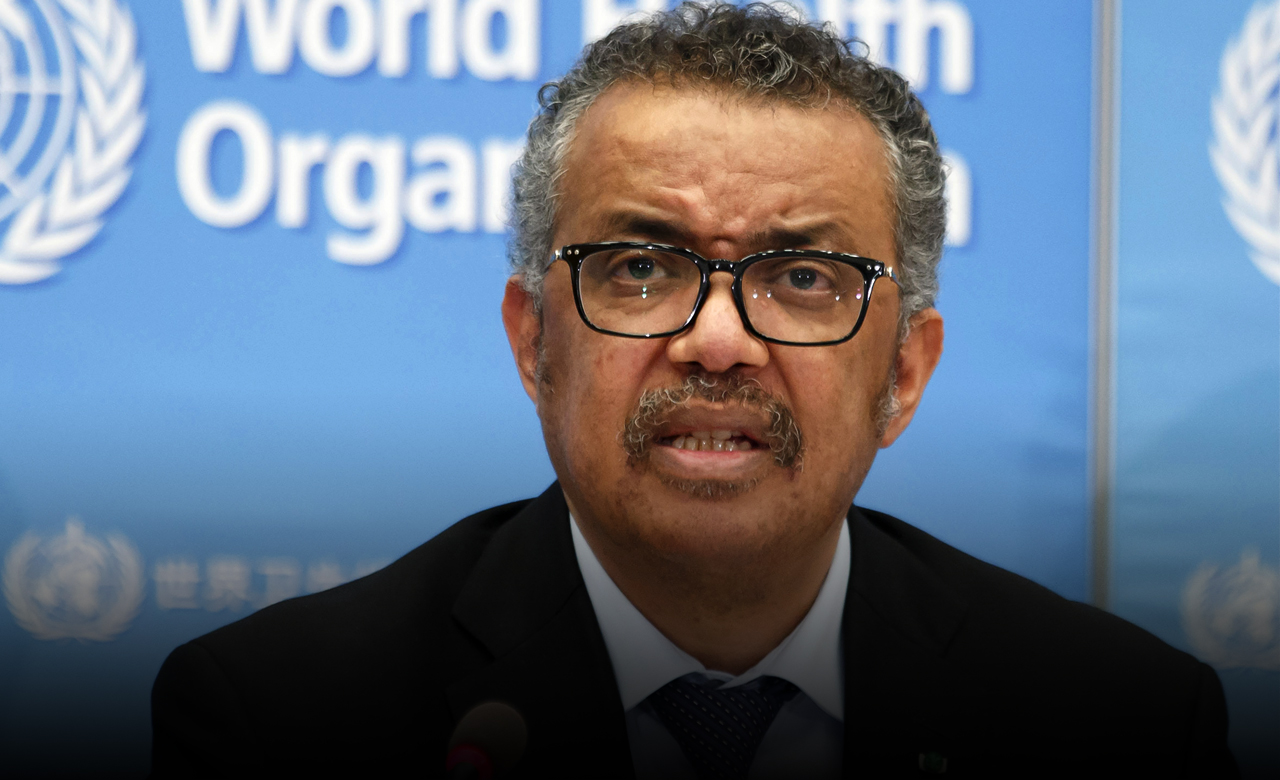 Recently, some circles criticize the relationship of WHO with China, as they interrogate whether the WHO is autonomous enough after the rising wealth and power of China. The note towards the demonstrative praise of WHO for the response of China to the COVID-19 outbreak. On Tuesday, the American President criticized the World Health Organization for its initial response to the pandemic and mentioned the increasing suspected influence of China at the organization.

Trump argued that if the WHO did its appropriate job in the initial times of the outbreak in China, we can save a lot of lives across the world. Mike Pompeo, the United States Secretary of State, claimed that the WHO denied calling coronavirus a world pandemic for an extended period in the initial days because of the intensive involvement of the Chinese Communist Party in the organization.

On the other side, the officials of WHO defended their early actions to fight the virus, in a news conference on Wednesday. The executive director of the World Health Organization’s Emergencies Program, Dr. Mike Ryan, said that when WHO announced its initial guidelines for countries, they clearly issued precautions related to respiration while treating the coronavirus patients. Moreover, the lab workers must observe precautionary measures while taking the samples from the patients due to the spread risk of the virus from person to person.

The infectious diseases epidemiologist at WHO, Dr. Maria Van Kerkhove, said that recently re-watched the press conference of WHO officials on 14th January, the time when only 41 coronavirus confirmed cases reported globally. Van Kerkove said that they planned all the guidance before the press conference on the 10th and 11th of January. And they announced to advise people to limit the exposure with other people and to prevent transmission with precautionary measures, mainly in health care atmospheres. The guidance at that time was about contact protection and respiratory droplets.

Furthermore, Ryan said health systems across the world, including the U.S., started to initiate incident management systems during January’s first week. In the initial medical reports of the novel coronavirus patients, there was no indication of human to human transmission, pneumonia, a cluster of atypical pneumonia, or unknown origin. Ryan further adds that every year there are millions and millions of atypical pneumonia cases across the world, and in the middle of flu season, occasionally, it is very difficult to choose an indication of a cluster of cases.

Actually, it is quite notable that WHO such a cluster picked out, forty-one thousand confirmed cases eventually in a cluster in Wuhan, the epicenter of the coronavirus. In the end, Ryan says that the WHO will be very glad when the after-action reviews come. She is also very nervous about those action reviews to come because the organization does the same actions for every epidemic response, and she will be delighted with WHO teams. They look forward to that engagement to find out where they can perform better, where they can improve their response.