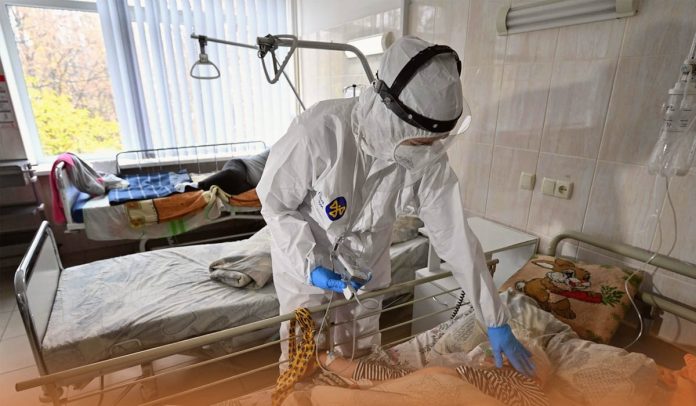 The World Health Organization (WHO) said in its ‘weekly epidemiological update on COVID-19’ that Europe is leading worldwide in number of new COVID-19 infections and fatalities from the coronavirus-borne illness COVID-19.

During the week ending Nov. 7, a slight increase, 1%, in weekly new infections was seen, with more than 3.1M new infections recorded. More than 48000 COVID-related fatalities were reported, a 4 percent decline from the earlier week. The WHO European region recorded rise in cases and fatalities, while other regions recorded stable or declining trends. More than 249M confirmed COVID-19 cases and over 5M fatalities have been reported as of 7th November.

Moreover, the international health organization stated that in Europe the new cases increased by 7 percent recent week and the number of COVID-related deaths increased by 10 percent. However, Africa was the only other region to record a rise in new infections.

Angela Merkel, the Chancellor of Germany, called for a crucial meeting with governors of the states after the country’s Robert Koch Institute (RKI) reported a record number of coronavirus cases in a day. Steffen Seibert, the government spokesman of Germany, told Deutsche Presse-Agentur (DPA), a German news agency that the fatal disease was spreading vividly and stated a ‘rapid and unified response’ was required.

On Wednesday, the Standing Committee on Vaccination (STIKO) in Germany said that people under 30-years of age should only get Pfizer-BioNTech-made COVID-19 vaccine as it causes less “heart inflammations” in youngers than the Moderna vaccine. The committee also recommended that pregnant women should be immunized only with the Pfizer shots, irrespective of their age.

On Wednesday, the WHO highlighted that Europe and Central Asia was the only region showing increasing infections and fatalities from the COVID-19 in the recent week, led by Russia where low inoculation rate is believed to be responsible for approximately 1200 deaths daily.

Bulgaria, a Balkan nation, reported 334 COVID deaths on Nov. 9, the county’s highest daily number since the beginning of the pandemic and asked for hospital beds, electronic medical devices and oxygen devices.

Furthermore, Greece, a country in southeastern Europe, reported 8613 new infections in a day, and COVID cases have no almost increased twofold in around two weeks.

Emmanuel Macron, the President of French Republic, said that anyone over 65-years ages who was inoculated about 6-months before would need to receive a booster dose by mid-December to keep their health passes valid that grants access to restaurants and travel.

In America, Pfizer filed a request on Tuesday with the U.S. Food and Drug Administration to make additional or booster doses of its jab available to all Americans aged 18 or up. The request emerged weeks after the U.S. CDC and FDA approved third doses of Pfizer/BioNTech-produced vaccine for US people 65 and older, adults at high risk, front-line soldiers, teachers whose employments place them at higher risk of getting infected from COVID-19.