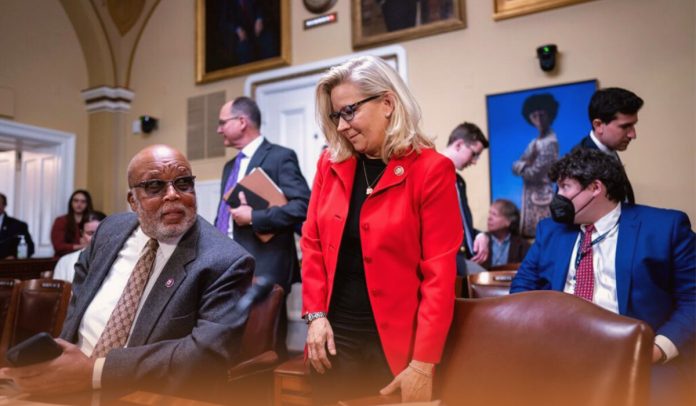 On Wednesday, the United States House of Representatives has voted to hold two former aides to ex-US President Donald Trump, Peter Navarro and Daniel Scavino, in criminal contempt of the U.S. Congress for their denial to comply with demands from the January 6th Panel inquiring about the deadly Capitol Hill attack.

Peter Navarro, a top trade adviser to GOP President, and Daniel Scavino, deputy chief of staff, failed to comply with subpoenas to appear in front of the U.S. House Select Panel investigating the 6th JAN riot at the U.S. Capitol. The Democrat-controlled chamber backed the charges against the two Trump associates by a vote of 220/203, which sends the matter to the U.S. Justice Department to decide whether to press criminal charges.

Moreover, only two GOP Reps. Adam Kinzinger and Liz Cheney, January 6th Select Panel members, joined Dems in voting in favor. And the 9-member inquiry panel had voted in support of the contempt charges past week.

The two men have claimed that their communications are protected by executive-privilege, although several experts have stated that principle doesn’t apply to ex-Presidents. And President Biden’s government has rejected executive-privilege for the ex-Trump advisers. Scavino and Navarro didn’t give any comment on the matter. Also, the contempt of United States Congress bears a penalty of up to one-year imprisonment and a fine of up to 100K dollars.

Rep. Jamie Raskin, a member of the Jan. 6th Panel, which has talked to hundreds of witnesses throughout its 9-months inquiry, said that these witnesses have acted with criminal contempt of Congress and Americans.

An ex-White House trade adviser, Peter Navarro, 72, was issued subpoenaed in early February over his promotion of the unfounded assertions that the 2020 Presidential election was stolen and spoiled by ballot fraud, which the panel believes contributed to the U.S. Capitol attack. Additionally, a senior Communication adviser, Scavino, 46, was with Donald Trump on the day and might have things relevant to his tweeting messages and video-taping on the day, according to the inquiry panel.

A pro-Trump mob of followers attacked the United States Capitol in D.C., in January 2021 in a bid to obstruct the US governing body from certifying the electoral win of Joseph Robinette Biden Jr. Just before the assault, the former President delivered a provocative speech in which he advised his supporters to Stop the Steal. As a result, the Jan. 6 Panel has subpoenaed several Trump government officials and Trump advisers in its attempt to understand what materialized in the days leading up to January 6 and avoid similar happenings again. Several GOP legislators, in the meantime, have criticized the committee’s work.

Ahead of the vote, Guy Reschenthaler, the U.S. representative for Pennsylvania’s 14th congressional district, challenged the authenticity of the inquiry and mocked the Dems-led House’s action as political theatre, while GOP Leader of the US House of Representatives blamed the panel for criminalizing dissent.