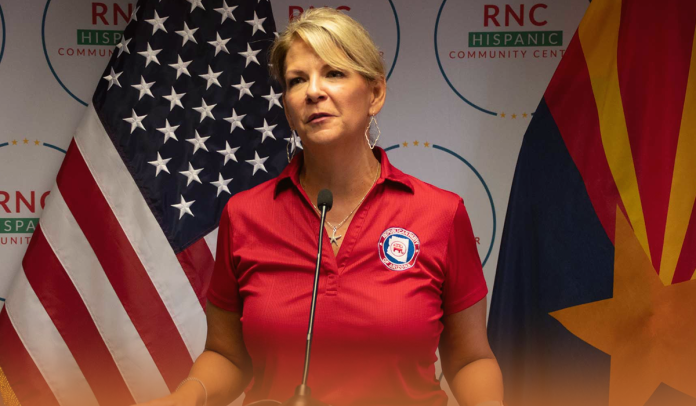 On Friday, a US District Court for the District of Arizona, Diane Joyce Humetewa, said she would not stop her command demanding call records of Kelli Ward, the chair of the Arizona Republican Party, to be produced to the Jan. 6 Select Panel probing the Capitol Hill riot, pending a request.

The U.S. Federal Judge said that the state Republican Chair had failed to express that she would suffer irreversible damage if Jan.6 investigators asked for the documents. And Ms. Humetewa again refused Kelli Ward’s assertions that her right of the Fifth Amendment would be chilled if panel investigators could find out whom she talked to while attempting to challenge the ex-President’s defeat in the 2020 Presidential election.

According to media reports, the U.S. district judge has paved the way for a Congressional panel to get Kelli Ward’s phone records.

Majority member of the January 6th Committee, Congresswoman Zoe Lofgren, proudly representing California’s 9th District, discussed the next public hearing this week, her takeaways from Ms. Virginia Thomas’ testimony in front of the panel, and their plans to make criminal recommendations as the hearings finalize.

The former President bragged about his crowd size on 6 January 2021 that amassed to hear their leader’s words on 6th JAN during a campaign rally on 8th October.

The Select Panel to probe the deadly Capitol riot on January 6 Committee has rescheduled its upcoming and possibly the last public hearing for 13 October at 01:00 PM, when the committee would attempt to refocus the American’s attention on ex-US President’s unparalleled efforts to tilt the Presidential elections outcomes.

In his aggressive actions, Donald Trump, the former American President, gave instructions in October last year to a group of his former advisors to ignore a subpoena issued from the January 6th Select Committee inquiring about the deadly Capitol Hill attack and signaling he would go appeal to Court to block their appearance and testimony to the Committee. However, Mr. Meadows complied with the DOJ Subpoena in the 6th JAN investigation last month. And Mr. Bannon, facing prisons and fines, also testified to the House Committee.

According to media reports, these four Trump cronies were subpoenaed to produce records and information linked to the 6th JAN insurrection. But the Trump attorney told them not to cooperate with the investigation.