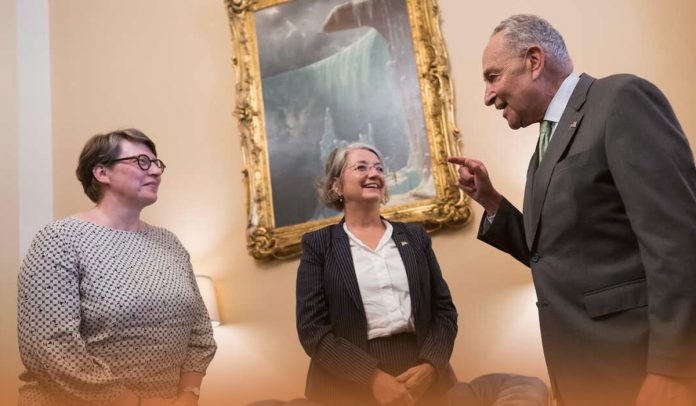 On Wednesday, the United States Senate overwhelmingly voted to permit Finland and Sweden’s entry into the North Atlantic Treaty Organization, approving an enlargement of the defense alliance that advocators believe would deliver a clear signal condemning Moscow’s February 24 incursion of the post-Soviet state of Ukraine.

The U.S. Senate 95 to 1 vote made America the 23rd of the military alliance’s thirty members to endorse the expansion, which Swedish and Finnish leaders commenced to contemplate this spring concerning Kremlin’s brutal campaign. The U.S. Sen. Charles Ellis Schumer called the historic vote ‘a clear message to Russia:’ Moscow couldn’t intimidate Europe or the United States.

On the other hand, the U.S. Senator for Missouri, Josh Hawley, a Republican, was the only one to cast a vote against the ratification. He said the endorsement wasn’t in the interests of the United States foreign policy. Hawley also argued that America couldn’t afford to concentrate on security threats in Europe and Asia. Instead, he recommended that Western partners must present more for their own security.

NEW: The Senate has approved Finland and Sweden’s membership in NATO by a vote of 95-1-1.

A Historic Event for Shared Security

In addition, according to the media reports, Joe Biden, the President of America, applauded the chamber for the swiftness with which it backed the NATO Accession Protocols. The President added that Stockholm and Helsinki’s NATO entry will further beef up NATO’s collective defense and will make the transatlantic relationship stronger.

Mr. Biden said in a statement that this vote gives an important message of the sustained, bilateral American commitment to the North Atlantic Alliance and to ensuring their military coalition is ready to encounter future challenges.

Previously on June 5, the thirty members of an intergovernmental military alliance signed accession protocols for Helsinki and Stockholm in Brussels, Belgium, in the presence of Ann Christin Linde, Swedish Minister for Foreign Affairs, and Pekka Olavi Haavisto, Finland’s Foreign Affairs Minister. Additionally, Jens Stoltenberg, Secretary-General of NATO, said at the time that’s truly a historic event for Sweden, Finland, for NATO Alliance, and for their shared defense and security.

Stoltenberg also said that the defense alliance’s door remains open to any European state who is willing to undertake membership’s commitments and obligations and is ready to contribute to Euro-Atlantic defense and security. He added that with thirty-two member states in the alliance, the coalition will be more powerful, and their people will be even more protected. But Turkey lifted its concerns and vetoed the two country’s bids.