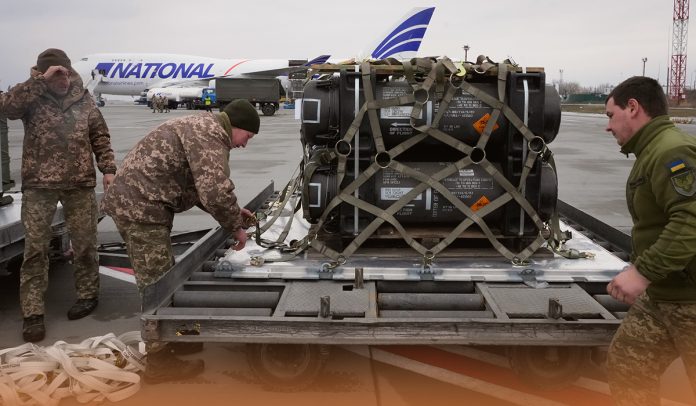 On Friday, the United States Army said that it had awarded a 624.6M dollars contract to Raytheon Technologies Corp., a Massachusetts-headquartered aerospace and defense conglomerate, for building Stingers – a lightweight, self-contained air defense system – in order to refill US stocks after sending nearly fourteen hundred Stingers to embattled Ukraine to strengthen its defense against brutal Russian assaults.

According to a document reviewed by the media persons, there was no timeline for completion of the work on the multimillion contract for a total of 1468 Stingers awarded recently. But it was estimated Stinger’s delivery could be completed in about thirty months.

However, according to the Defense Department’s contract declaration, funding and work locations will be determined between the two, with an estimated completion date of 30th June 2026. In addition, Raytheon Technologies will develop thirteen hundred new anti-aircraft Stingers, according to the recently issued statement.

According to the reports, Raytheon-manufactured Stingers, a man-portable air-defense system, have been in high demand in the post-Soviet state of Ukraine, where they’ve effectively stopped Moscow’s airstrikes.

How much does the Ukraine Aid Bill offer to refill US stocks?

Javelin, the world’s premier shoulder-fired anti-armor system, and anti-aircraft Stinger’s high demand mean to their effectiveness in rejecting Moscow’s barbarity. Among other military equipment and defense material, the Department of Defense has delivered over fifty-five hundred Javelin weapon systems since Putin ordered a large-scale incursion of its neighboring country in February.

An approximately 40 Bn dollars security and humanitarian assistance package got full Congressional approval on the 19th of May. That measure allowed President Biden’s government to send a further eleven billion dollars in American United States military equipment to the government in Kyiv to resist Russian aggression strongly. The security aid package contained within 8.7 Bn dollars to refill US stocks already delivered to the brave people and forces of Ukraine.

Moreover, the U.S. military has not acquired any Stinger missiles since 2005 as it commences an effort to design the next-generation interceptor for Short-range Air Defense while upgrading its existing stock. Wesley D. Kremer, the President of Arizona-headquartered Raytheon Missiles & Defense, a business of Raytheon Technologies Corporation, said the contract would assist carry out their existing FMSO while refilling Stinger missile sent to Kyiv forces and boosting their manufacturing. But Raytheon Technologies and the DoD didn’t provide any statement.