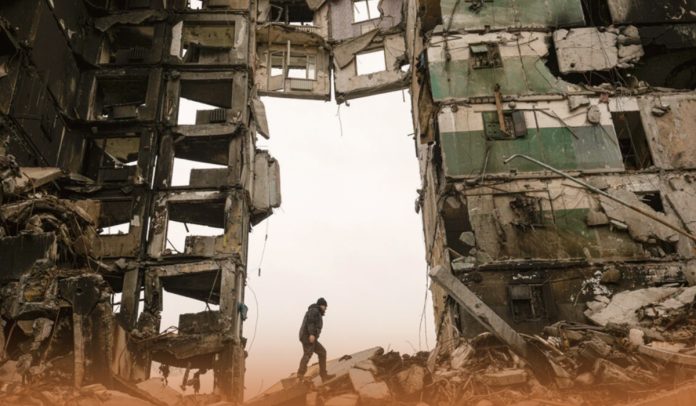 David Muldrow Beasley, the Executive Director of the United Nations World Food Programme (WFP), said that people are starving for lack of food in the besieged Ukrainian port city of Mariupol. In addition, he projected that the humanitarian catastrophe in the embattled country is possible to deteriorate as Russian military forces escalate their brutal assault in the forthcoming weeks.

On Thursday, in an interview with the reporters in Kyiv, the head of WFP cautioned that Putin’s all-out incursion of the world’s sixth-largest wheat exporter (as of 2021) with ten percent market share risks destabilizing countries far from its shoreline and could cause waves of migrants searching better lives elsewhere in the world.

WFP Executive Director said that the brutal conflict that started on 24th February was devastating the population in the post-Soviet country, lamenting the lack of access faced by the humanitarian aid organization and other aid groups in attempting to reach those people in need due to the cruel war. He said that he didn’t see any of that easing up. And he just doesn’t see it happening at present.

People in Mariupol, Ukraine, are being “starved to death,” the head of the @WFP told @AP.

Russian forces are restricting food aid orgs from accessing Mariupol, despite attempts by the WFP.

Over 100K people in the besieged city are in urgent need of food, water and heating. pic.twitter.com/hpGwwAT0qG

Moreover, the dynamic nature of the Russian war in Ukraine, which has seen aggression shifting away from around areas Kyiv and toward Eastern regions in the country, has made it particularly challenging to reach hungry people in the East European country.

How much does Ukraine contribute to world wheat production?

The food-assistance branch of the U.N. is attempting to put food supplies currently in regions that could be absorbed in the war, but the organization head acknowledged that there are many complexities as the condition speedily changes. He added that a lack of access is part of the issue, but so is a personnel shortage, and a lack of fuel resources is diverted to the conflict effort.

Furthermore, Beasley showed particular concerns about the besieged city of Mariupol, where a declining number of Ukrainian defenders is holding out against Russian aggression that has trapped well over one hundred thousand civilians in great need and desire of water, food, and heating. Russian military controlling access to the port city has blocked humanitarian assistance, although the world’s largest humanitarian organization has demanded access to Mariupol.

Beasley said WFP and economically powerful countries wouldn’t quit on the residents of Mariupol and other people that they couldn’t reach. But it is a devastating circumstance: people are dying from lack of food.

Ukraine and Russia collectively produce thirty percent of the world’s wheat and export nearly 75% of the world’s non-volatile Sunflower oil. In addition, around 50% of the grain the World Food organization purchases for distribution worldwide comes from Ukraine’s production.