Illusionist Siegfried Fischbacher, well known for his dealing with exotic cats as one half of Siegfried and Roy, has passed away from pancreatic cancer, Dave Kirvin (Siegfried’s publicist) said.

Roy Horn, the professional partner, and friend of Fischbacher, also passed away in May from Coronavirus at 75. Moreover, both emerged from war-torn Germany to shine their careers in film, stage, and TV industries by joining their spectacular illusions with rare creatures. The story began when he was a kid and his curiosity about magic led him on international platforms.

It was a fortune for me – Siegfried

He was born on 13th January 1939 and saw a magic book in a shop as an 8 years old child. In Siegfried’s biography on the official website, he described that his eye caught something in the window and it was an illusion book on the shop. He continued that he knew he had to have it and he cannot explain, even now, why that was. Moreover, he explained all that stood in the way was 5 marks, for him that was a fortune and a fortune for any little kid in Germany in 1947.

Siegfried said as I walked away, I found 5 marks on the sidewalk and abruptly went back to buy the magic book. In 1957, he made his first interaction with Horn overseas the TS Bremen cruise ship, where he (Siegfried) was performing as an entertainer and steward.

A news conference about Siegfried said that Roy asked a question as the show (which ultimately going to change their lives) ended. Roy Horn mentioned that Siegfried Fischbacher, disappearing rabbits in usually, but can you disappear a cheetah?

After taking a pause, Siegfried responded to Horn saying that in magic, anything is possible. Without knowing to him, Roy Horn had smuggled his pet cheetah abroad the cruise to participate in the act.

Besides this, his funeral services will be conducted for a public memorial for Siegfried Fischbacher in the future. 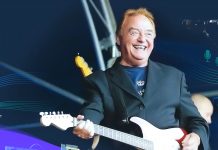