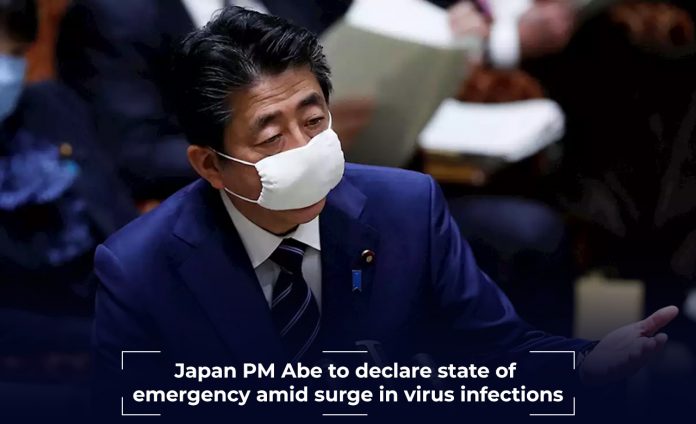 Shinzo Abe, the Prime Minister of Japan, aims to announce a state of emergency amid the escalation in the cases of COVID-19 outbreak in Japan, the PM official said on Monday. A recent upsurge in new infections flooded Tokyo and other big cities of Japan. According to an administration source, the announcement expected on Tuesday, and the emergency would take effect on Wednesday.

After the declaration of emergency in the country, the prefectural governors will able to request the citizens to stay at home and appeal the shutting down of schools and other facilities. However, Abe required to clarify which regions or areas need to hit with the emergency orders and how long it would stay. The official government added that major cities such as Osaka and Tokyo would possibly hit with the decision.

Facing calls to declare a coronavirus state of emergency, Japanese Prime Minister Shinzo Abe was flamed on social media for instead offering people free cloth masks, pointing to growing frustration for some over his handling of the crisis https://t.co/B3o4eL8zdw

The declaration about the state of emergency, under a recently amended law, will come as the country seeks to contain a quick upsurge in the coronavirus cases. The official said it poses a significant challenge to the lives of people as well as the Japanese economy. A rising number of new cases in which the virus transmission routes can’t trace due to which it raised the alarm for the authorities. 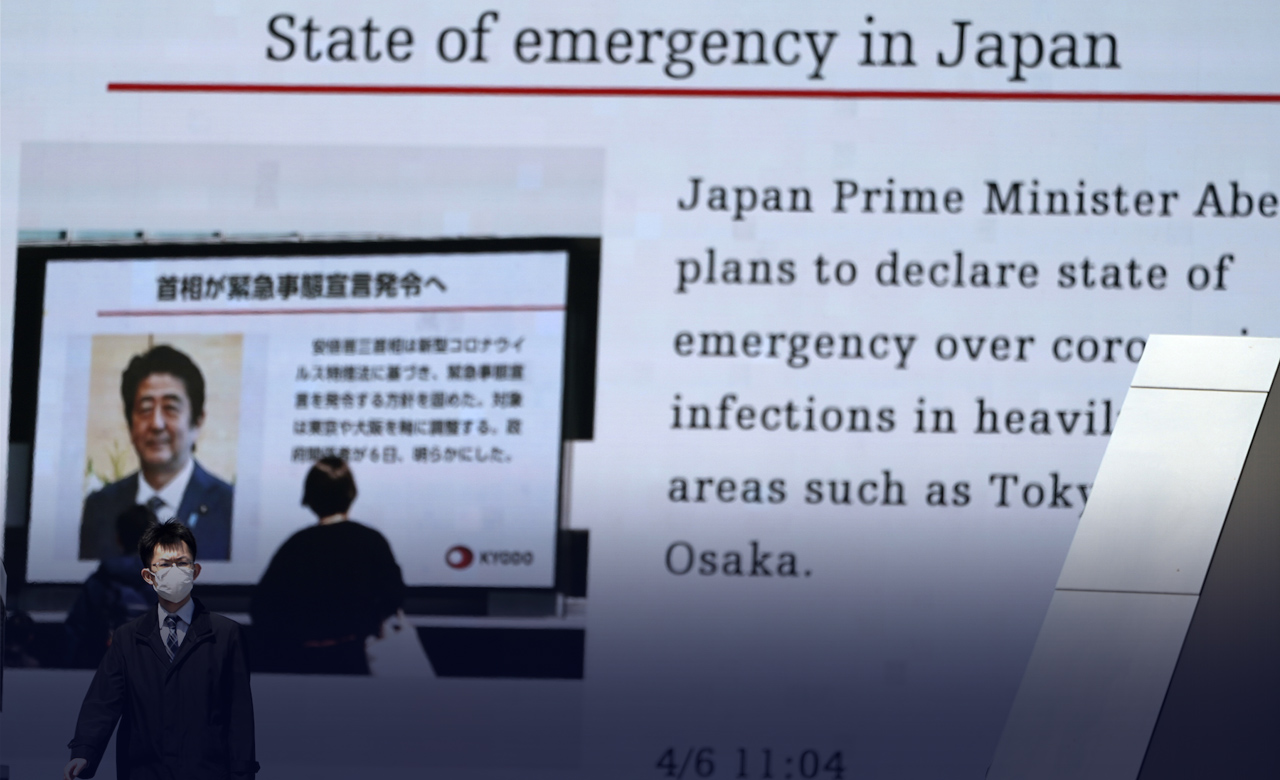 Abe warned of the rapid surge in the number of infections if people would not follow the precautionary guidelines, and let down their guard. Pressure across the country has been rising for the declaration of the emergency. Yuriko, the Governor of Tokyo and Hirofumi Yoshimura, the Governor of Osaka, encourages Abe to make the announcement. In contrast, the Medical Association of Japan also pursued the measure because of the worries of the collapse in the health care system.

In case of the declaration of the state of emergency in Japan, the country will face the first of its kind. It would restrict people’s rights, and eventually, it would allow the prefectural governors to take necessary steps to prevent the spread of the coronavirus. Even after the declaration and citywide lockdowns, it can’t enforce under the law of Japan. Individuals will not be punished if they do not fall in line, neither any type of business activities be banned.

Abe can’t announce a state of emergency in the country at his own will. The Prime Minister needs input from the experts’ advisory panel in medicine as well as medical health who will evaluate whether such an action is compulsory or not. Before the official declaration of the state of emergency, the running government needs to inform the assembly of its intention. As of yesterday, the number of infected individuals in Japan with COVID-19 reached around 4,563, including some seven hundred people from the Diamond Princess cruise ship, with over a hundred deaths reported.

Read Also: 2020 Tokyo Games may postpone to end of the year by Japan’s Olympic minister