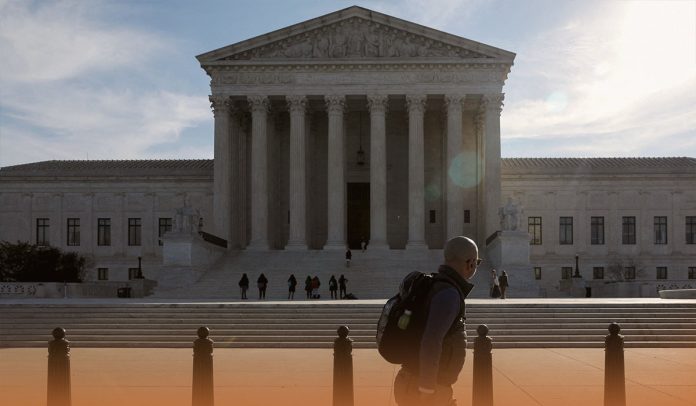 On Monday, the Supreme Court of the U.S. rejected a bid by four Democratic-leaning U.S. States – New York, Maryland, New Jersey, and Connecticut – to overturn a $10K cap on federal tax deductions for local and state taxes that the U.S. governing body imposed as part of Donald Trump government’s sweeping tax overhaul in December 2017. The U.S. Senate at the time voted 51/49 to approve the GOP tax overhaul bill. Tennessee’s Sen. Bob Corker was the only one who did not support the bill.

According to the media reports, the justices rejected an appeal by New York and three other states after a lower U.S. Court threw out their suit. The Federal District Court judge in Manhattan held that the United States Congress had wide-ranging authority over taxes and acting in accordance with an applicable constitution by placing a ten thousand dollars cap on the amount of the local & state taxes that people might deduct on U.S. federal income tax returns.

And Democratic US President Biden’s government opposed the four Democratic-leaning states. The so-called SALT deduction cap was part of the GOP-supported federal tax law by the former US President Trump that slashed the corporation tax rate and implemented a personal income tax decrease for people, which tax policy analysts said benefited rich US people the most.

Under the Congressional Republican Tax Plan:

-$100 billion will be taken out of the hands of middle class families each year
-24 million families of seniors making less than $100,000 per year would face tax increases

Furthermore, the US incumbent party members had opposed the provision, which was anticipated to decrease U.S. federal revenues by 1.5T dollars over a decade. Limiting the deduction unevenly affects high-tax, often blue states, with New York state assessing its taxpayer individuals would pay 121 Bn dollars of extra taxes from 2018-25.

The US Congressional Joint Committee on Taxation estimated that the SALT Cap and related provisions would grow nearly 700 Bn dollars in federal revenue over ten years.

New York Gov. Kathy Hochul showed disappointment in the decision of the SC not to hear the case on the limit to local & state tax deductions, which New York, joined by News Jersey, Maryland, and Connecticut, brought in 2018.

The governor of New York called the SALT deduction cap an unfair and economic strike on the middle-income group by the ex-US President and a GOP Congress.’ In addition, Ms. Hochul called on Joe Biden to undo the damage as a consequence of the implementation of the GOP tax plan and reinstate the full SALT deduction.