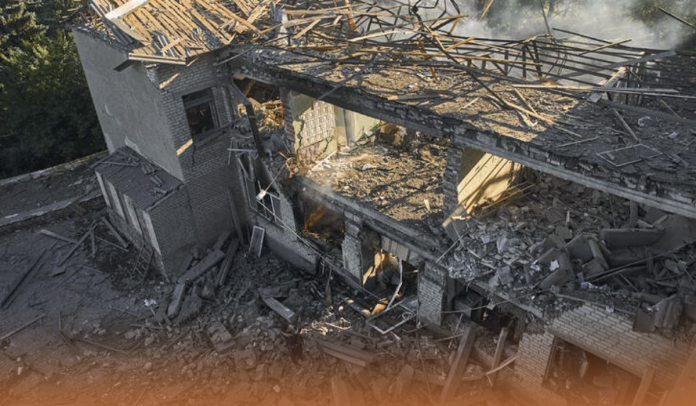 Russian military started firing rockets in the vicinity of Europe’s largest nuclear complex in Enerhodar, Ukraine, with the conflicting parties again trading accusations yesterday. The shelling comes only a day after the Unite Nations nuclear agency asked to establish a security protection zone around the facility to avoid any potential nuclear incident.

According to Valentyn Reznichenko, the Governor of Dnipropetrovsk Oblast, the Armed Forces of Russia fired heavy artillery on southern Nikopol, a Ukrainian city around thirty miles southwest of Zaporizhzhya. The Governor said there’re fires and power outages along with other things at the ZNPP that compel them to prepare their people for the impacts of the nuclear disaster.

In addition, Ukrainian officials have distributed potassium iodide (KI) tablets to residents near the plant region to protect their thyroid in a radiation emergency. Mayor Dmytro Orlov reported that the Enerhodar, a city in the north-western part of Zaporizhzhia Oblast, had come under Moscow attack for a second time on Sept. 7 and was facing power outages.

Furthermore, on Wednesday, Russian missiles hit Mala Tokmachka, a village in Ukraine around 55 miles north-east of Enerhodar, taking the lives of at least three civilians, according to Oleksandr Starukh, the Governor of Zaporizhzhia Oblast.

According to media reports, Rafael Mariano Grossi, Director-General of the IAEA, has cautioned that something disastrous could occur at the ZNPP and urged Kyiv and Moscow to carve out security zone around the territory. The fear is that the battle near the nuclear facility could lead to a Chornobyl-type disaster that occurred on 26 April 1986.

Ukrainian officials also requested the residents of Moscow-captured areas close to the Zaporizhzhya nuclear complex to flee for their safety. Russia and Ukraine blamed the other side for striking the atomic facility endangering a nuclear catastrophe.